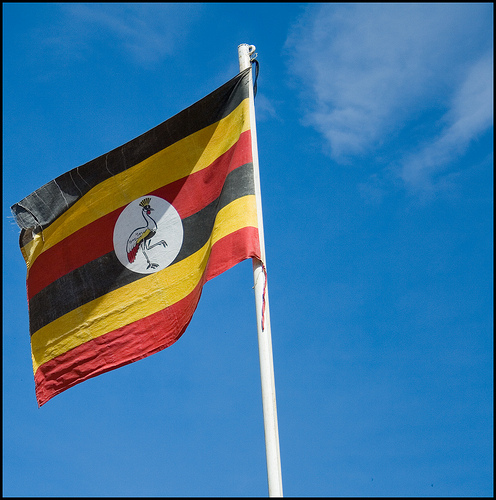 Amid an international outcry, the Ugandan parliament has delayed today’s scheduled vote on its controversial Anti-Homosexuality Bill until Friday. The proposed legislation, nicknamed “Kill the Gays” Bill, does just that–those found guilty of repeat “homosexual conduct” can receive the death penalty. Other provisions include a 7-year stint in prison for anyone who “aids or abets” homosexuals and incarceration of parents and friends who wait longer than 24 hours to turn in their loved ones.

The bill has faced global protest; online petitions have drawn millions of signatures urging the lawmakers of Uganda to vote down the law. The United States is taking steps to cut off aid to Uganda if the bill is passed.

I’m disturbed by the news that Uganda is considering going ahead with a measure that denies the humanity of gay, lesbian, bisexual and transgender people.

I was pleased when the Financial Services Committee overwhelmingly, in a bipartisan way, voted in favor of my amendment urging the Secretary of the Treasury to oppose any financial assistance from multilateral development institutions to countries that persecute people on the basis of their sexual orientation, gender identity or religious beliefs. In the discussion of the amendment I offered, I specifically mentioned the deeply troubling case of Uganda, which is now considering legislation to legally deprive people of these basic human rights.

Ugandan government spokesperson Helen Kawesa said that though today’s session has ended, Parliament will reconvene on Friday to debate the remaining bills on the docket, including the “Kill the Gays” bill. Parliament can pass or reject the bill or table it until next session.

The fight is not over. This bill has been looming in the Ugandan Parliament for over two years now; We have to put pressure on the Ugandan government to reject it once and for all. Let’s kill the bill. Sign the petition: