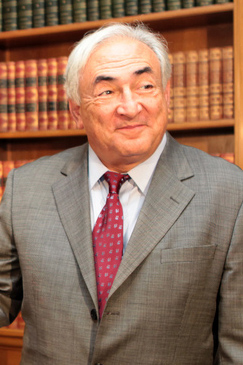 Jezebel reports that French sexual harassment complaints are up 600 percent in the wake of Dominique Strauss-Kahn’s alleged assault of a hotel room attendant. According to French women’s groups, the staggering increase may be due to women feeling more comfortable speaking out, or it may be a response to men’s dismissive attitude toward the story.

Back in the States, after widespread outrage and a petition that garnered more than 40,000 signatures, Psychology Today has agreed to remove Satoshi Kanazawa, author of an incredibly offensive piece suggesting that black women are objectively less attractive than other women, from its website. The magazine will also implement new policies to prevent publishing such inflammatory content in the future.

Last week we wrote about the “I Will Drive My Own Car” campaign in Saudi Arabia, where women have been banned from driving since 1979. The movement picked up steam this week with an open letter to Secretary of State Hillary Clinton and calls for Saudi women to protest by taking to the roads en masse on June 17. Mother Jones has more.

On the news of Jill Abramson’s appointment as the new executive editor of The New York Times, The Nation’s Dana Goldstein writes:

All too often, women trailblazers are either outright opponents of feminism, like Sarah Palin and Margaret Thatcher, or hesitant to fully claim the feminist mantle until far too late in the game, like Hillary Clinton and Katie Couric. Not so for Jill Abramson, the veteran journalist who yesterday was named the first female editor of The New York Times.

Goldstein expounds on the under-discussed fact that “feminism has always been an explicit part of Abramson’s career.”

Also at The Nation, William Greider on what’s holding back Elizabeth Warren’s appointment as head of the new Consumer Financial Protection Bureau:

Elizabeth Warren’s problem is not with the Republicans—though they have worked hard to demonize her. Her real problem is with the ‘boys’ at the Treasury Department and Timothy Geithner, the head ‘boy’ in charge of the president’s banking policies.

Finally, this week at Racialicious, an exploration of the not-so-hidden history of women of color in burlesque.