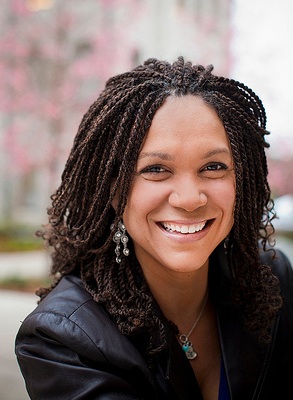 When a woman of color says something you don’t like about politics, naturally her race and gender are to blame. Or so we’d be led to believe by the backlash this week against Melissa Harris-Perry (for those not familiar, an esteemed black feminist scholar, frequent MSNBC commentator and author of an acclaimed new book on the stereotyping of black women.)

In an article in the latest issue of The Nation titled, “Black President, Double Standard: Why White Liberals Are Abandoning Obama,” Harris-Perry argued that race likely plays a role in the declining support for Obama among white voters. After all, she points out, despite the similarities between Obama’s presidency and fellow centrist-Democrat Bill Clinton’s first term, Clinton was reelected by a greater margin than in his first win, but support for Obama among white voters has declined sharply. When many liberals reacted angrily, she responded with another compelling and nuanced piece in The Nation, in which she called out her critics for utilizing three strategies commonly used o discredit people who attempt to talk about racial bias.

Apparently, someone named Gene Lyons didn’t read that response. Outraged by the implication that liberal white Americans are capable of racial bias, he took to his keyboard to angrily debunk the suggestion in a blog post for Salon. He lost his footing, however, in the third paragraph, when he wrote:

Certain academics are prone to an odd fundamentalism of the subject of race. Because President Obama is black, under the stern gaze of professor Harris-Perry, nothing else about him matters. Not killing Osama bin Laden, not 9 percent unemployment, only blackness.

To be fair, Lyons never claimed that he wasn’t a misogynist. Feministing’s Jos had a great response to Lyon’s shockingly unenlightened piece, arguing that:

It’s absurd to pretend race doesn’t contour every aspect of our lives, let alone pretend it’s not relevant to the re-election of the country’s first Black president. And it’s equally absurd to pretend that even good liberals don’t have internalized racism, the obvious results of growing up in a world so structured and formed by race.

For Lyons’s benefit, Fineness and Accuracy whipped up this handy guide to when it’s appropriate to compare someone to the KKK: 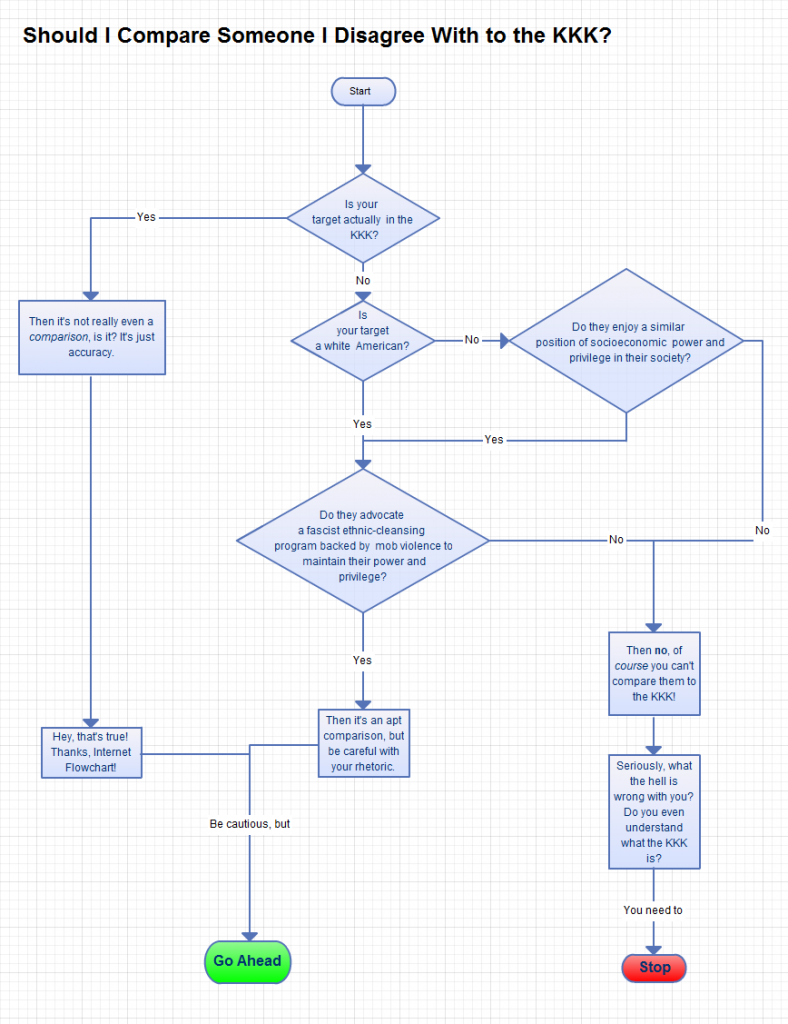 In other news, the state-level war on women continues. “Every day, it becomes a little bit harder for women to get the health care they need in America,” writes Sarah Seltzer at AlterNet. This is true to varying degrees throughout the country, but which states are leading the pack? Seltzer sizes up the frontrunners for worst women’s health care.

Although reproductive rights continue to take a beating nationwide, there are pockets of hope. Take San Francisco, the latest city to fight back against Crisis Pregnancy Centers. Mother Jones has the story.

The hilarious Mindy Kaling, co-executive producer and writer for NBC’s “The Office,” in which she also plays Kelly Kapoor, has a fantastic satirical guide to women in the movies in this week’s New Yorker. In it, she explains the basic specimens of women characters, including The Klutz, The Ethereal Weirdo, The Woman Who Is Obsessed with Her Career and Is No Fun at All and The Sassy Best Friend.

In its ongoing “What To Expect When You’re Expanding” series on global population growth, Grist reports on a novel concept many folks haven’t considered: Family planning can help women adapt to climate change that’s already happening. Check out this video to find out more.

At Duly Noted, Lindsay Beyerstein discusses the ongoing #OccupyWallSt protests, the effectiveness of the tactics participants are using and the strengths and limitations of leaderless activism. 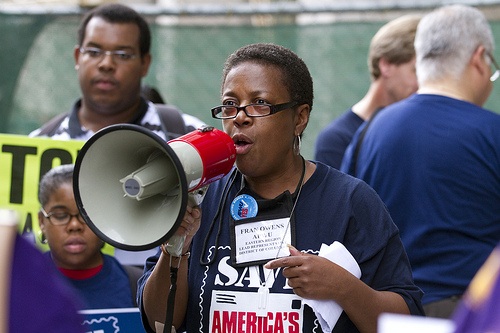 The U.S. Postal Service is in dire straits, financially–this year alone it’s projected that they’ll lose $9 billion. Right now, 120,000 postal workers face layoffs. In order to stave off massive cuts to its workforce, which is comprised of large numbers of people of color and women, the USPS is relying on Congress to pass H.R. 1351, or the United Stated Postal Service Pension Obligation Recalculation and Restoration Act of 2011. The USPS workers have taken to the street to rally in support of the bill. Colorlines has more on what’s at stake for them.

War on Women Report: Republicans Propose 150 Anti-Trans Bills; Idaho Republican Says Women Are Like Cows; Trump Glosses Over His Role in the End of Roe
The ERA Has Been Ratified, Declares New Congressional Resolution
Men Should Think Twice When Entering a Race With Strong Women Candidates Already—Starting With Adam Schiff