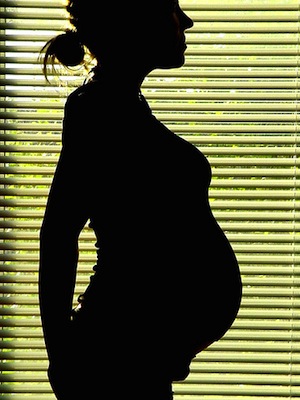 Eleanor Hinton Hoytt knows all about negative U.S. maternal mortality statistics and she hopes that health reform–with help from a bill in Congress–can do something about it.

Hinton Hoytt, CEO of the Black Women’s Health Imperative, participated in a May congressional briefing on a bill that would prod states to study the rising problem of U.S. women dying from causes related to pregnancy and childbirth.

Hinton Hoytt said the bill would also help reveal underlying causes of maternal mortality for which she gives many examples, including “environmental toxins in which black women and poor women live.”

“Those social determinants of health are real,” says Hinton Hoytt. “This bill deals with that indirectly because once you have a way of collecting data you can identify some of those social factors that impact what is going on.”

The act authorizes $10 million in new funding annually between 2012 and 2018 to help states pay closer attention to the reasons for maternal mortality. The funding would pay for state review committees composed of health professionals, social workers and members of affected communities to recommend prevention strategies.

Black women are three to four times more likely to die from pregnancy-related causes than white women, a statistic that Nan Strauss, lead researcher of the Amnesty report, says hasn’t changed in the past 60 years.

The report also notes that problems are tied to barriers to care such as financial constraints, lack of medical professionals where the women live, lack of transportation to doctors’ appointments and lack of childcare.

“As part of that we have taken up specific issues, including maternal mortality, in countries like Sierra Leone, Burkina Faso, Indonesia, Peru and others,” Strauss says. “But, as with all issues, Amnesty International feels strongly that human rights are not a framework that applies only to other countries but one that we need to use to look at issues confronting us in our own back yard.”

Strauss adds that they began by looking at global data from the U.N. on maternal mortality and it quickly became very clear “which wealthy country is falling behind in that area. The U.S. spends the most on maternal care of any country, with results that don’t match that investment.”

The high U.S. rate means two to three women die of pregnancy-related causes every day in the country and 34,000 women suffer life-threatening complications each year during pregnancy or childbirth.

The Amnesty International report notes that people who live in middle-income areas in the U.S. have a 58 percent higher risk of pregnancy-related death than those in high-income areas.

It also finds that that the majority of maternal deaths are preventable, from causes which can be related to lack of prenatal care or lack of quality care.

“States that have higher than the national average C-section rate, which is now 33 percent, have a 21 percent higher risk of maternal mortality,” Strauss says.

The Maternal Accountability Act has 47 co-sponsors so far. Survivors of women who have died from pregnancy-related causes spoke at the briefing alongside congressional staffers, physicians and community activists.

This article was published by Women’s eNews. Read the full article at womensenews.org