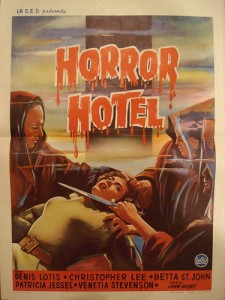 I am not especially drawn to horror films. And there’s one I know for sure I won’t be viewing: The Life Zone. Just watching the trailer was more than enough punishment.

If you happened to catch Stephen Colbert’s commentary on this anti-choice propaganda piece, you know that the film is about three pregnant women who have been kidnapped and are being held captive in a hospital until they give birth.

I’m going to spoil the ending for you. Turns out, they are in purgatory. They actually died while having first-trimester abortions (one of the safest medical procedures in the country) and must remain there until they give birth–and, of course, acknowledge the “evil” that is abortion. While there, they are watched over by a mysterious male jailor, played by Robert Loggia (is he hard up for acting jobs?), and a creepy female doctor. The doctor committed suicide after her husband left her for a younger, fertile woman because she couldn’t bear children–apparently because she didn’t take care of herself and worked too hard. That’s a lesson for all those women who care about their careers.

Two of the women accept their fate, welcome their children’s birth and end up in heaven. I’m not sure where the babies end up–in heaven with mom, or in limbo?  Maybe they just plopped down on earth parentless and are expected to pull themselves up by their baby booty-straps. This is consistent with the anti-choice philosophy that concern for life begins at conception and ends at birth.

The woman who still wants to terminate her pregnancy is informed by Loggia (i.e., the devil) that she is destined for hell. She and the doctor are condemned to an eternal cycle of pregnancy and childbirth, with the doctor in attendance each time.

So, what is the moral of the story? Childbirth: good. Not wanting children, having an abortion, or having a career: evil. Not taking care of yourself and your precarious fertility so you can bear children for your man: also evil.

Who birthed this tripe? The same guy, Kenneth Del Vecchio, who made and starred in O.B.A.M. Nude (Occidental Births a Monster), about a coke-addicted college student who makes a deal with the devil to become a socialist leader. Can’t imagine I’d want to see that one either. Or anything else produced by Del Vecchio’s company, oxymoronically named Justice For All Productions.

In addition to his right-wing film work, Del Vecchio is a lawyer, an author, an unsuccessful candidate for New Jersey state senate and a former judge who reportedly was asked to resign from the bench because “his filmmaking and writing conflicts were what the higher court deemed unacceptable practice and behavior.”

He is also the founder of the Hoboken International Film Festival, which premiered this film. His position with the fest didn’t guarantee him a full house on opening night, though: Apparently only 50 people, including the film’s cast and producers, were on hand for the premier.

So, why write about a film I didn’t see and hope no one does? Because it’s important to know what resources and media our opposition are using in the fight to turn the clock back on our hard-won rights. Because it’s important to expose the hypocrisy of right-wing ideologues who are intent on imposing their fundamentalist vision of women’s and men’s roles on the rest of us. It’s not so far-fetched to think that if they succeed in making abortion and birth control inaccessible, women will be held hostage and forced to give birth. That’s the right-wing’s dream and our nightmare.

Photo of poster by Flickr user jon rubin under license from Creative Commons 2.0