Setting The Record Straight... Or Rather, Queer! - Ms. Magazine
Skip to content

Hey, my fellow queer folk! Guess what? We’re finally making history! Or rather, California is finally acknowledging that we’ve always been making history. In an it’s-about-time turn of events, California Governor Jerry Brown signed the FAIR Education Act into law on July 14. The act:

…would amend the Education Code to include social sciences instruction on the contributions of lesbian, gay, bisexual and transgender (LGBT) people. This bill would also prohibit discriminatory instruction and discriminatory materials from being adopted by the State Board of Education.

The act also includes people with disabilities and ensures that both groups will be covered under state anti-discrimination policies. California Senator Mark Leno (D-SF) expresses my sentiments exactly about why this new law is so important:

Denying LGBT[Q] people their rightful place in history gives our young people an inaccurate and incomplete view of the world around them.

Furthermore, the inclusion of LGBTQ people in history textbooks may help curb anti-LGBTQ bullying in schools. It’s therefore extremely troubling that states like Minnesota and Tennessee are doing the precise opposite and banning any mention of LGBTQ issues in schools.

What remains to be seen in California, however, is how adequate this inclusion of LGBTQ people will be. How will these people be talked about? What will these people be honored for? Who will make it into history? These questions have compelled me to compile a list of the Ten Queer People Who Should Be In Our Textbooks. (Hopefully, the future textbooks will include more than ten.)

10. President James Buchanan (1791 – 1868) was President of the United States during the political turmoils that set the stage for the Civil War . The only president to be a “lifelong bachelor,” he was once engaged to a woman named Ann Coleman who broke off the engagement because he “did not treat her with that affection she expected from the man she would marry.” After this, he lived with Alabama Senator (and later Vice President) William Rufus King. Andrew Jackson mocked their relationship, calling King “Miss Nancy.” Congressperson Aaron Brown referred to King as Buchanan’s wife.

9. Sara Josephine Baker (1873 – 1945), a physician, was best known for developing better public health care for children and infants in the poor health conditions of turn-of-the-20th-century New York City. She encouraged the use of nurses at schools and taught families better ways to nurse and care for their children. Baker also marched in the first U.S. suffragist parade. She was a graduate of Women’s Medical College of the New York Infirmary for Women and Children, founded by Drs. Elizabeth and Emily Blackwell. Baker was in a relationship with Ida Alexa Ross Wylie, an Australian novelist.

8. Willa Cather (1873 – 1947) is a Pulitzer Prize-winning novelist best known for works such as My Antonia (1918), O Pioneers! (1913) and One of Ours (1922), which chronicle life in the American West. She is known for her subtle presentation of human relationships and her unconventional narrative structures–and for wearing men’s suits. Living in a time when women sometimes had “romantic friendships”, Cather had many intimate relationships with women but never referred to herself as lesbian. 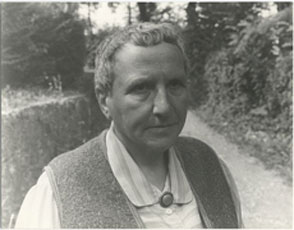 7. Gertrude Stein (1874 – 1946) was a celebrated modernist poet and writer, and friend and mentor to many famous writers and artists. For the majority of her life, she lived in Paris with her lover, Alice B. Toklas. Her paean to Alice, The Autobiography of Alice B. Toklas (1933), became, as Amy Benfer writes for Salon, “one of the unlikeliest blockbuster novels of all time. … Gertrude and Alice became famous. Stunningly, iconically, rock-star famous. … And yet no one commented on the strangeness of a pair of middle-aged lesbians becoming the media darlings of 1930s America.”

6. Audre Lorde (1934 – 1992) was a poet and theorist who wrote about her struggles as a queer black woman in New York. Lorde’s work explored the struggles of being triply marginalized, of being “Sister Outsider“–that person who must constantly do the work of bridge-building: “I am defined as other in every group I’m part of. The outsider, both strength and weakness. Yet without community there is certainly no liberation, no future, only the most vulnerable and temporary armistice between me and my oppression.”

She wrote, “I have a duty to speak the truth as I see it and to share not just my triumphs, not just the things that felt good, but the pain, the intense, often unmitigating pain.” 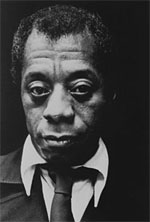 5. James Baldwin (1924 – 1987) was born in Harlem in the midst of the Harlem Renaissance and found his talent for writing at an early age. Leaving behind his post as a teen Pentecostal preacher, Baldwin rejected organized religion at 17, started writing again and went abroad to Europe, where he lived for most of his life. “Once you find yourself in another civilization,” he notes, “you’re forced to examine your own.” From France, he published the groundbreaking, homoerotic Giovanni’s Room (1956), even though some say his publisher urged him to “burn” the book so as not to alienate his black readership. Baldwin was a prominent voice in the Civil Rights Movement in the 1960s, and was a close friend to author Richard Wright, poet Maya Angelou, and activists Malcolm X and Dr. Martin Luther King Jr. He is most known for works such as Go Tell It On the Mountain (1953) and Nobody Knows My Name (1961). 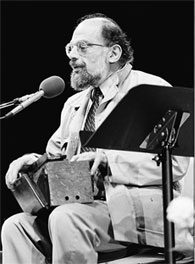 4. Allen Ginsberg (1926 – 1997), a Beat poet during the 1940s, ’50s, ’60s and ’70s who used his unconventional poetry not only to create a unique circle of artists, but also to protest the Vietnam War and to fight for gay rights. Like that of Walt Whitman, Ginsberg’s poetry celebrated ordinary people and used unconventional meter. Also like Whitman, he was gay. Ginsberg is best known for his revolutionary poem, Howl (1956), which continues to influence modernist poetry and prose. 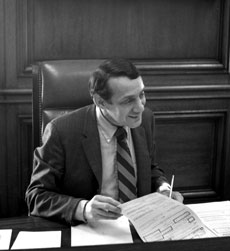 3. Harvey Milk (1930 – 1978) was a city supervisor of San Francisco and the one of the first openly gay politicians serving in any substantial political office. He was assassinated on Nov. 27, 1978 by Daniel White, a former supervisor who had resigned his seat and then became enraged when the mayor would not reappoint him. While Milk is remembered most for being the first openly gay politician to be elected to office in a time when homosexuality was considered a disease, he also lobbied for better housing and worker and minority rights. He was, and still is, a symbol of gay visibility in politics. 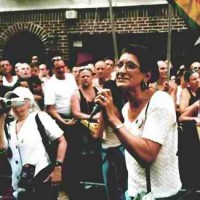 2. Sylvia Rivera (1951 – 2002) was a drag queen and an activist for transgender folk during the historic Stonewall Riots and afterward. She was constantly fighting for minority groups within the queer community–such as transgender people, people of color and the lower-class–who were (and often continue to be) excluded from the mainstream LGBT movement that flourished post-Stonewall. She worked with the Gay Activist Alliance, but was later shut out as the movement sought mainstream recognition in pursuit of its legal agenda. Despite this, she continued to work for transgender activist groups, always fighting for transgender visibility. She died from health complications from alcohol and homelessness. 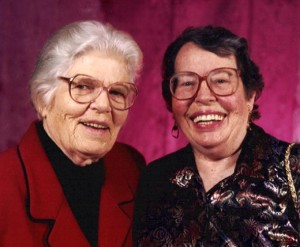 1. Del Martin (1921 – 2008) and Phyllis Ann Lyon (1924) are lifelong LGBT activists and a couple of 55 years who founded the early lesbian-rights organization Daughters of Bilitis in 1955 . They then became one of the first out lesbian couples to join the National Organization for Women . They made history again June 16, 2008, when they were the first couple to be married in California after the same-sex marriage ban was lifted. Del died on August 27, 2008. “[Del’s] last act of activism was her most personal-marrying the love of her life,” said Kate Kendell, a longtime friend of the couple. “Ever since I met Del 55 years ago, I could never imagine a day would come when she wouldn’t be by my side,” Lyon said about Del, “I am so lucky to have known her, loved her and been her partner in all things.”

Who have I left out? Let us know in the comments!