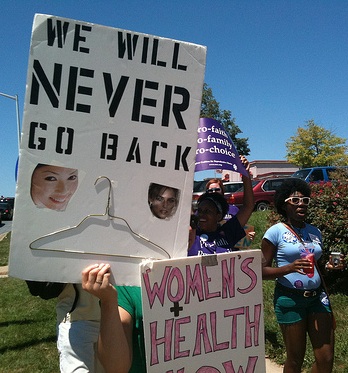 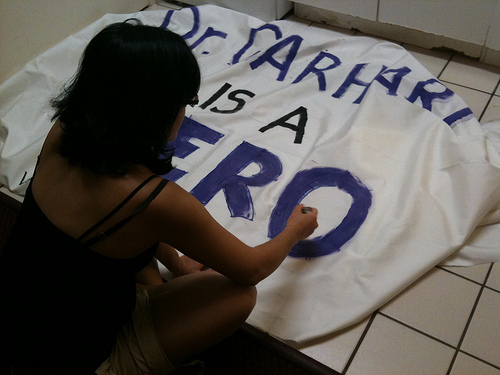 This week, Germantown, Md., became the latest front in the battle over a woman’s right to a safe abortion. Last Sunday, anti-abortion extremists launched a seven-day protest of Dr. LeRoy Carhart’s Germantown clinic. Since the murder two years ago of Dr. George Tiller by an anti-abortion extremist, Dr. Carhart, who worked with Dr. Tiller at his Wichita, Kan. clinics, has become one of the primary targets of extremists.

Almost 200 pro-choice activists gathered for a Summer Celebration of Choice at the clinic, marching in support of Carhart and his protection of women’s reproductive rights. Here are highlights from the media coverage:

More images from the “Summer of Trust” abortion-rights demonstration, by Flickr user World Can’t Wait under Creative Commons 2.0 (click an image to scroll through):