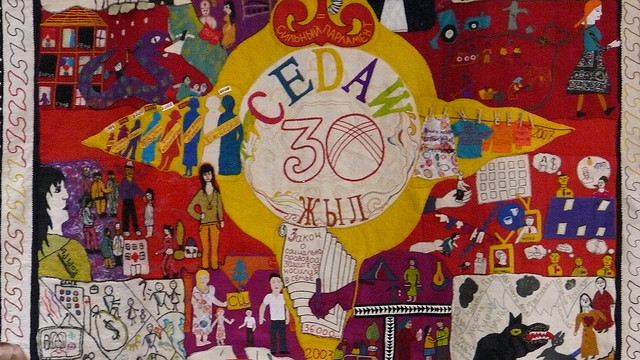 Nine years ago, 28-year-old Alyne da Silva Pimentel died needlessly from a difficult pregnancy after her care was both delayed and botched. A Brazilian of African descent, Pimentel lived in one of Rio de Janeiro’s poorest areas. When she delivered a stillborn pre-term fetus in her district’s local hospital, she languished without proper care until she died of a hemorrhage four days later.

The U.S.-based Center for Reproductive Rights (CRR), an international legal advocacy organization, along with Brazilian rights group Advocacia Cidad pelos Direitos Humanos (Citizens’ Advocacy for Human Rights), championed Pimentel’s cause for eight years, maintaining that the government of Brazil failed Alyne by allowing racial and socioeconomic discrimination that contributed to her wrongful death. This month, her family–including her 14-year-old daughter–saw a sliver of justice. In a historic decision, the United Nations Committee on the Elimination of Discrimination against Women ruled that governments have a human rights obligation to guarantee that all women—regardless of income or racial background—have access to timely, non-discriminatory and appropriate maternal health services.

It is the first time ever that a maternal death case has been decided by an international human rights body. Monica Arango Olaya, Latin America Regional Director for CRR, says

We have been litigating this case for eight years, so you can imagine that the way people thought about maternal mortality then was quite different from how they think about it now.

While the establishment of the Millennium Development Goals (MDGs) in 2000 helped frame maternal health largely as a development and health issue, discourse has changed dramatically in less than a decade. “Maternal mortality is now a fundamental question of human rights,” Olaya says.

The significance of the decision is twofold. It’s a critical stake in the ground, showing the world that women’s reproductive health is a human right and a foundation on which further advocacy efforts can be built. “This is a very good, rigorous decision, and one which is itself a victory for women all over the world,” says Olaya. “This decision can also be used in other forums as a support or precedent.” For example, the decision could be a critical tool for national advocates in Uganda, who earlier this year brought historic legal action against the government over the wrongful maternal deaths of two women.

The case, the first ever the committee has decided concerning maternal health, is also a test of the power of the Convention on the Elimination of All Forms of Discrimination against Women, or CEDAW.  Established in 1982, CEDAW has been adopted and ratified by 186 of 193 countries. (The United States is notably among the small fraction of dissenters). The committee monitors countries’ fulfillment of their obligations under CEDAW. But it has remained unclear to what degree CEDAW could be used as a lever to hold governments accountable for women’s rights. This most recent decision seems a clear sign that CEDAW may be not only useful, but crucial.

Thanks to the dogged work of advocates such as CRR who see cases through over decades of time, several human rights cases over the last ten years have helped cement that under human-rights laws, governments have a fundamental obligation to ensure a woman’s rights to life and health during pregnancy and childbirth.

As for what’s next, CRR says a national case against the Brazilian government on behalf of Alyne and her family is still pending. While maternal health has decidedly not been a Brazilian government priority in recent years, this decision, along with the newly minted tenure of the country’s first female president, could change that. It remains to be seen. Sadly, no decision in the world could save Alyne, or the hundreds of thousands of women who continue to die each year in pregnancy and childbirth.

Take Action: Urge your Congressperson to push the United States to pass CEDAW.

To help prevent the hundreds of thousands of maternal deaths globally each year, you can also join this call for the U.S. government to invest in safe birth around the globe:

Photo of CEDAW from Flickr user WeNews under Creative Commons 2.0