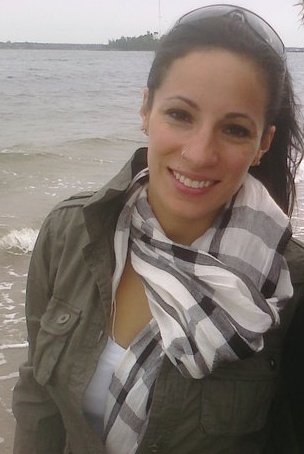 Christina Santiago, a lauded leader in Chicago’s lesbian community, was one of seven people tragically killed after a stage collapsed on August 13 at a concert at the Indiana State Fair. She was only 29 years old.

Santiago’s fiancée, Alisha Brennon, was severely injured in the accident (along with more than 40 others).  The two were among the first couples to get engaged in June when Illinois legalized civil unions for gay and lesbian couples, and planned a September 2012 ceremony.

Over the past three years, Santiago served as a board member of Amigas Latinas, a support, education and advocacy organization for lesbian, bisexual and questioning women of Latina heritage in Chicago. In her biography on the organization’s website, she self-identified as a “Puerto Rican lesbian, feminist activist who bears her roots from the Bronx, New York . . . [and whose] passions lie in breast health and cancer advocacy, access to healthcare and empowering queer women of color.”

By all accounts, she pursued these passions tirelessly, skillfully and joyfully. As Board Programming Chair for Amigas Latinas, Santiago coordinated educational events and fundraisers, including a health and wellness event series. She also followed her passion in her full-time work, managing the Lesbian Community Care Project (LCCP) at Howard Brown Health Center (HBHC), where she worked for nearly six years.  In recognition of her dedication and achievement, she received HBHC’s 2010 Spirit Award (the highest staff honor) and was listed as one of the Windy City Times’ 30 Under 30 LGBT leaders in 2007.

Santiago’s friends and colleagues remembered her as a tireless, fearless advocate and irreplaceable community builder as they try to come to terms with her sudden loss.

“They don’t make ‘em like Christina Santiago,” Gabrielle Rivera, Santiago’s childhood best friend in the Bronx, told the NY Daily News. “She always looked out for underdogs. She lived her dream–she was an advocate for people who needed help.”

She was our future.  As one who has been around for awhile, I took great hope and pride in her and great comfort that there are those who continue the work of justice.  She touched many, influenced many, and I am confident that those she touched will continue her legacy.

Ann Russo, associate professor of women’s and gender studies at DePaul University, who knew Santiago through the LGBT community in Chicago, reflected,

One of the many contributions was her everyday commitment to building relationships and connections between people, issues and visions … across the many communities in Chicago. … I know that her contributions, presence and energy will continue to shape what we are creating and building here in Chicago.

Christina really brought us all together, and that’s something very few people can do.  … She wasn’t the type of person who was hanging out at home in the evening, watching TV–she was very involved in everything from softball to organizing meetings.  Her passing is especially heartbreaking because she was just starting to find her groove–she was planning to get married next September, she was in the midst of applying to an MPH program, she was doing amazing work at Amigas Latinas, and new opportunities were emerging for her leadership.

Santiago’s colleagues at HBHC organized a memorial service, which was co-organized by Amigas Latinas, for her at the Center less than 24 hours after she was killed. Joe Hollendoner, HBHC’s Vice President of Community Health Programs, told the Chicago Sun Times that most at the Center were in awe of Santiago and Brennon’s relationship:

Every day I would come in at 8:30 a.m. and I would see Christina, and Alisha would be dropping her off and giving her the kiss goodbye. And then every day at 5:30 p.m., I walked up to the door and stood and watched Christina get right back into that car. They just had a partnership that was inspiring. We all pretty much wish we could have that kind of relationship in our lives, and they had it.

The Howard Brown Health Center has organized two memorial funds, one to help Santiago’s family defray expenses incurred by Santiago’s death and Brennon’s injury, and one to support the Lesbian Community Care Project (LCCP) that Santiago managed.  Donations can be made here.

Amigas Latinas has also set up a memorial fund to honor and celebrate Santiago’s advocacy in the Latina community by establishing a scholarship in her honor. Donations should be made here, designated for “Christina Santiago Memorial Fund.”

Amita Swadhin is a bicoastal educator, activist and storyteller whose experiences as a queer woman of color, daughter of immigrants, and survivor of child abuse directly inform her work.  As a media activist, she is the People of Color Media Fellow at GLAAD (Gay & Lesbian Alliance Against Defamation) and      Co-Host of the weekly radio show "Flip the Script" on KPFK-LA.  As a storyteller, she is the Coordinator and a cast member of Secret Survivors, a theater project she created with the award-winning Ping Chong & Co. featuring survivors of child sexual abuse telling their stories.  With support from the Asian Women Giving Circle, she created the short film “Violent Adult-ISM,” and is developing "Sathya Stories: Truth Over Taboo," a multimedia exhibit highlighting more survivors’ narratives.  Amita is also Co-Producer and performer of The Sugaran Tour, a caravan of stories by South Asian American female artists.  Over the past decade, Amita has given presentations nationwide, including appearances at Harvard, Oberlin, New School, El Museo del Barrio, Queens Museum of Art, US Social Forum, Allied Media Conference, and schools throughout NYC.  She holds a Bachelor’s from Georgetown and an MPA from NYU, where she was a Reynolds Fellow in Social Entrepreneurship.