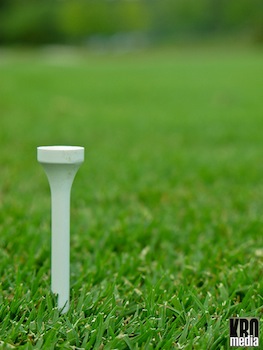 Dr. Margo Fitzpatrick’s career at consulting firm Booz Allen Hamilton began well: after joining the firm in 1999, she quickly earned a Performance Excellence Award, the firm’s highest honor, and was promoted to partner in 2005. Between 2008 and 2010, she won the firm more than $588 million in new business. Her evaluations reflected her success and praised her abilities. But when Lloyd Howell became Dr. Fitzpatrick’s supervisor in late 2009, she alleges, things changed: Sexist and derogatory comments towards women became the norm in his self-described “boys club,” and women who protested were punished. Dr. Fitzpatrick claims she was excluded from key meetings and denied opportunities to develop new clients. In 2010, quite suddenly, she was terminated.

Now, Dr. Fitzpatrick is suing Booz Allen for discriminating against women in its promotion practices. Debra S. Katz of civil-rights firm Katz, Marshall and Banks, which filed the suit on behalf of Dr. Fitzpatrick said:

No matter how accomplished or successful you are at Booz Allen Hamilton, if you’re a woman, you will hit a glass ceiling. And when you raise concerns about the exclusion of women from leadership positions at the Firm or other blatant acts of sex discrimination, you will find yourself, as Dr. Fitzpatrick did, out of a job.

Yet a Washington Post story about the lawsuit published this weekend managed to trivialize Fitzpatrick’s claims. It focused on one example of the systemic discrimination she alleges–exclusion from golfing:

What the Post fails to explain is that it is the business connections made on these golfing trips that makes women’s exclusion discriminatory. Employees meet new clients, develop relationships with existing ones and strengthen their bonds with their colleagues and supervisors. The same is true of other “boys club” events, such as drinks after work and planning emails allegedly circulated only to other men because they contain raunchy jokes. Booz Allen Hamilton acknowledging the importance of such events on their own website:

From sports teams to volunteer brigades to professional events, networking and socializing with colleagues unifies us around common interests and helps build stronger teams, relationships, and networks.

Each exclusion of women may seem like just another isolated complaint, but the overall effect on women is serious and systemic. Women cannot advance in an environment in which they are ostracized and excluded.

The Post article also fails to detail the ways in which golf, specifically, is a major part of the Booz Allen culture. From 1998 to 2006 the company hosted the Booz Allen Classic as part of the PGA Tour. To this day they regularly host charity golf tournaments. Former CEO Bill Stasior has even publicly detailed [PDF] how golfing with founding partner Jim Allen enabled his ascent to the top. Being excluded from golf events, therefore, is not so trivial.

In 2010, Booz Allen was among the top 10 government contractors, receiving almost $3.4 billion in total contracts. Companies receiving government dollars are prohibited from discriminating on the basis of sex (as well as race, color, religion, national origin, disability or protected veteran status) and must have affirmative action programs in place. Booz Allen receives money from the EPA, the SEC, and the Departments of Defense, Homeland Security, the Interior, the Treasury, and Health and Human Services, to name just a few.

Dr. Fitzgerald’s suit comes on the heels of another by Molly Finn, who sued Booz Allen for the same reasons earlier this summer, alleging that she was ostracized via alienating language, exclusion from events and threats of retaliation.The firm has previously come under fire for benefiting from no-bid contracts, helping the government with the warrantless wiretapping of American citizens, and selling their biometric identification program PISCES (Personal Identification Secure Comparison and Evaluation System) to countries known for human rights abuses.

Booz Allen claims “many women are in the pipeline for senior partner,” but only 21 percent of their partners are women and none are in the 45 top leadership positions. Must be a mighty long and narrow pipeline.