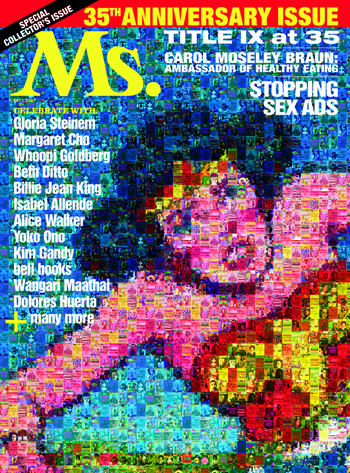 It’s a great week for feminist submissions! Help a teenager gather photos of feminists from around the globe, or enter an essay contest about Ms. magazine covers. This week there’s something for everyone, so don’t Ms. out!

Everywhere: Experimentations of a Teenage Feminist blogger Danielle R. Burch is collecting photographs of a diverse array of feminists from around the world for a massive post about what feminism really looks like. E-mail your photo to teenagefeminist@gmail.com with the subject line “this is what a feminist looks like.” Deadline is November 17, 2011.

New York: Learn how stereotypes about rape hinder the justice system at the National Organization for Women’s She Asked For It: How Rape Myths Hurt Us All. Hear from Helen Benedict, author of Virgin or Vamp: How the Press Covers Sex Crimes; Karen Carroll, a survivor, forensic specialist and associate director of the Bronx Society for Assisted Reproductive Technology (SART); Nancy Schwartzman, filmmaker and creator of The Line Campaign; and John Stoltenberg, DC Rape Crisis Center consultant. Wednesday, Sept. 14, 6 p.m. One Pace Plaza, Lecture Hall South, Room 103.

Princeton, N.J.: An evening with Gloria Steinem. Join Planned Parenthood of the Mercer Area as they host a cocktail party and presentation by author and Ms. co-founder Steinem. Thursday, Sept. 15, 6 p.m. (Make your reservations by Wednesday, Sept. 14.) The Westin Princeton at Forrestal Village, 201 Village Boulevard.

Various Cities: This week there are several opportunities to join a SlutWalk. Fight victim-blaming and slut-shaming by joining a movement that says rape is not okay. Events will be held in Baltimore, Kansas City, Mo. and Tampa, Fla. on Saturday, Sept. 17; check listings for time and locations.

Nationwide: What do iconic Ms. covers mean to you? To commemorate the 40th anniversary of Ms. magazine, a group of Stanford University faculty is inviting people to write a 150-word essay about the personal resonance of one Ms. cover, choosing from a range of 40 from 1972 to 2011.  The 10 best short essays will be awarded $100 cash prizes and will be displayed on Stanford’s campus in January 2012. There’s only one month left to submit an essay. Contest ends Oct. 15. Enter contest here. 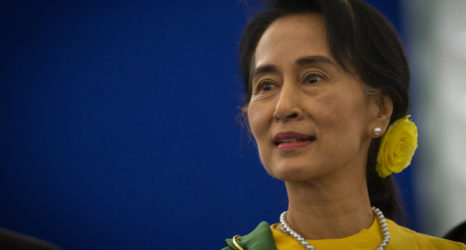 It’s Not the Earrings: Aung San Suu Kyi and the Leadership of Burma

Who Do You Think Is “Person of the Year?”