Rebounding From a "Mancession," Remembering the Ladies - Ms. Magazine
Skip to content 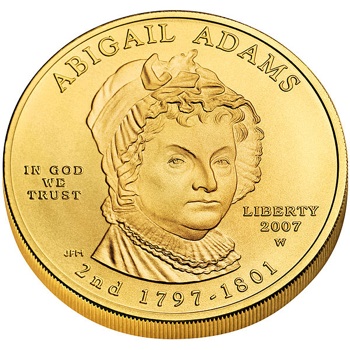 President Obama recently laid out his new “American Jobs Act” before Congress in the hope of revitalizing our economy, putting the willing to work and finally ending one of the nation’s longest and worst recessions. With unemployment at a startling high–and making only marginal, if any, improvements monthly–the country has one thing on its mind. JOBS.

The White House put much time and effort into outlining the effects of the Jobs Act for all demographics, including a fact sheet [PDF] devoted exclusively to the effect on women and the economy. Still it is hard not to wonder if, during this hoped-for recovery from what is widely coined the “mancession,” we will again need to remind the nation to “remember the ladies.”

The fact is that men did see a greater overall job loss and increase in unemployment rate during the recession. However, the jobs that are being created are largely going to men. While the meager return of 27 percent of men’s jobs deserves little celebration, it looks healthy compared to the 9 percent return rate seen for women.

One must also question whether the “mancession” was an economic phenomenon that unfairly hit men or if it was in part due to the fact that women were the ones more willing to take the jobs men viewed as beneath their station or as steps down the ladder. When it comes to mouths to feed and doctors’ bills to pay, most women quickly get over such objections. It takes blind faith to believe that as higher paying jobs are created, companies will reward these women’s efforts with promotions from within. As the nation rebuilds, we must make sure that women are at the decision-making table and voting their interests.

When Abigail Adams beseeched her husband, John Adams, during the writing of the Constitution to advocate for women’s legal rights, famously to “remember the ladies,” it was out of necessity. She knew that women did not have the right to vote, let alone a dream of serving in Congress or higher office.

It is now our prerogative, nay, our responsibility to make sure no one forgets the ladies. We have the vote, we have the voice, let’s make sure we’re heard.

“If particular care and attention is not paid to the ladies, we are determined to foment a rebellion, and will not hold ourselves bound by any laws in which we have no representation.”- Abigail Adams, March 31, 1776