I Am a Person; My Eggs Are Not - Ms. Magazine
Skip to content 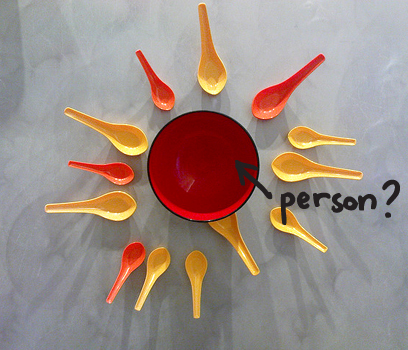 It’s official: The Mississippi Supreme Court has denied an ACLU challenge and ruled, 7-2, to let the “Personhood Amendment” be listed on the state ballot in November. The amendment to Mississippi’s Constitutional would:

define the word ‘person’ or ‘persons’ … to include every human being from the moment of fertilization, cloning, or the functional equivalent thereof.

The implications of such an amendment are, frankly, astounding. The medical establishment, including the American College of Obstetricians and Gynecologists, has long defined pregnancy as beginning with implantation, not fertilization. That’s in part because fully half of all fertilized eggs never divide, never implant, or spontaneously abort.

Defining fertilized eggs as people would likely make any action or medication that prevents implantation illegal. That includes not only abortion, but also most hormonal contraceptives and the IUD. It could also rule out life-saving abortion in cases of ectopic pregnancy, when a fertilized egg has implanted outside the uterus, usually in the fallopian tube, which results in a woman’s death if left untreated. Leola Reis at Planned Parenthood Southeast told Ms., “Bottom line, this bill puts politics above the health and safety of women.”

The “personhood” movement dates back to the 1980s, when Jesse Helms and others such proposed several federal egg-as-person amendments that never made it to a vote. The movement then went quiet for a while, but when the 1992 Supreme Court Planned Parenthood v. Casey decision allowed states to begin passing more restrictive laws against abortion, it began to regain steam.

The anti-abortion establishment has not always supported personhood legislation, primarily due to concerns that a legal challenge would bring abortion back to the Supreme Court at a time when the court didn’t have an anti-choice majority. A similar personhood amendment failed in Colorado in 2008 and 2010.

But according to The New Republic, criticism of the Mississippi amendment from within the anti-choice movement has been light. The personhood push has gained the support of prominent evangelicals such as Mike Huckabee, who delivered the keynote address at a Personhood Mississippi fundraiser just last week. Similar measures are already being planned for next year in Florida, Montana and Ohio.

Once marginalized, the personhood movement can now be seen as part of broader anti-choice agenda that includes opposition to birth control. According to the Guttmacher Institute:

Many in the antiabortion movement clearly understand the modes of action for contraceptive methods, especially the hormonal methods. Understanding that, they have to know that the end result of enforcing a definition that [life] begins at fertilization would implicate not just some hormonal methods, but all of them.

My guess is that anti-choicers finally feel they’ve got the Supreme Court they need to overturn Roe v. Wade. If the initiative passes, it will inevitably be challenged in court.

So what hope do we have? For starters, the movement’s attempts to connect their efforts to civil rights may backfire with Mississippi’s 588,000 registered African American voters. Although the initiative champions have attempted to link their effort to overturn Roe with the overturning of the racist Dred Scott decision, this pseudo-civil-rights rhetoric doesn’t sit well with civil-rights advocates like Akiba Solomon of Colorlines, who says:

To be sure, I’m not surprised by this perversion of my history. After all, Personhood Mississippi is the same group that sponsored a “Conceived in Rape” tour championing the inalienable rights of rapists’ sperm. The organization is also headed up by Les Riley, an “eighth-generation Mississippian” and “one stubborn Celt” who has blogged for a Christian secessionist group. But I do fear folks like this. We’re in a dangerous time where ideologues make mystery meat out of basic history and widely distribute this propaganda on conservative radio, online and on Fox News.

Within days of the Court’s decision to allow the amendment on the ballot, a group has formed to oppose the initiative called Mississippians for Healthy Families:

We must let every Mississippian who cares about women’s health know about the extreme consequences of Initiative 26–and we only have 54 days to do it. Let’s go!