On Supposed Reforms and Unjust Lashings: A Saudi Woman Speaks Out - Ms. Magazine
Skip to content 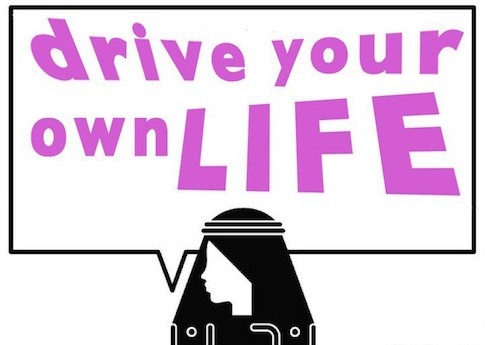 Such political rights are welcome because of their social implications. That a woman’s voice will count in future elections, that she herself could be a candidate and that she may be appointed to the Shura Council–all are clear indications that she has received governmental recognition. And in turn, she will be perceived in Saudi society as having the capacity to participate in political decision-making. This is a stark contrast to previous perceptions that a woman only had the capacity to participate in fields which “suited her nature”–politics was largely perceived as no place for a woman.

On the other hand, realistic observers view these political rights for Saudi women as having minimal political implications. It is hard to refute this when we recognize the Shura Council for what it actually is: a government-appointed body whose political role is limited and strictly advisory. The Shura Council is also criticized for having non-elected members who are largely out of touch with Saudi society and extremely slow in coming to any agreement in Shura sessions.

This general frustration with the Shura Council has led some Saudi men on social media outlets to voice resentment about the recent political rights given to Saudi women, viewing them as secondary to the importance of winning Saudi men’s right to elect all of the members of the Shura Council. However, the blatant flaw in this argument is that an elected political body that excludes women is a no more just arrangement than a non-elected political body of both men and women.

The promised appointment of Saudi women to the Shura Council and the right to participate in municipal elections is nonetheless vital to Saudi Arabia’s youth generation. This can only be understood by taking a step back to January of this year, when Saudi women organized a campaign called “Baladi,” or “my country” in Arabic. The objective was to demand the right to vote in municipal elections this year, which had been denied to women by laws that cited such weak excuses as the lack of availability of women-appropriate voting booths.

Saudi women were able to find a loophole in these voting laws when they realized that no specific article prohibits them from voting. A Facebook event was created, along with various region-specific Twitter hashtags, to coordinate a symbolic protest on April 24, 2011. On that day, Saudi women went to their local voting booths and demanded to be registered. Most women were turned away, four were briefly detained in Dammam, and in Khobar, two managed to convince the men at the voter registration booth of their right to vote and were successfully able to register. There was nothing more touching than seeing one of those Khobar women, Heba Al-Butairi, expressing her happiness in an interview on Al Arabiya News after this weekend’s announcement of voting rights for her fellow Saudi women.

This is what makes the youth generation of Saudi Arabia different. In the absence of political institutions concerned with Saudi women’s affairs, they have now discovered other tools, such as social media, to virtually organize and achieve social change on the ground, and they are eager to do so. And while it can be argued the recent reforms were a response to the pressure mounted by the Arab Spring, the fact that some demands are being met, even if cosmetically, is being witnessed by all Saudi women and gives a strong surge of confidence to push for more. This ought not be underestimated.

Curiously, however, on the same day King Abdullah gave his speech, saying, “We refuse to marginalize the role of women in Saudi society in every aspect”, a Saudi woman named Najla Hariri was summoned by the prosecutor general in Jeddah and went through intense questioning for an hour and a half regarding her affiliation with the Women2Drive campaign and the larger Right2Dignity movement, which aims to restore all of Saudi women’s rights. She has been briefly stopped numerous times by traffic police while driving and has consistently refused to sign any pledges. However, on this occasion, she was forced to sign a pledge under the threat that she would be detained in the same manner Manal Al-Sharif was in June. She was told that a case would be raised against her in court next month.

The legal actions taken against Najla Hariri can only be understood as a blatant contradiction to the supportive tone heard in King Abdullah’s speech on that very same day. It’s also in legal contradiction to Article 8 of the Basic Law of Governance in Saudi Arabia, which guarantees gender equality, as well as the UN CEDAW agreement signed by Saudi Arabia in 2000, which assures the absolute elimination of all forms of discrimination against women. The Right2Dignity movement has promised to provide a lawyer and other legal aid for any Saudi women facing charges for exercising their legal right to drive, including Najla Hariri.

Today, just two days after King Abdullah’s speech, we find ourselves faced with yet another contradiction–a much more startling one. A woman named Shaima Ghassaniya was sentenced to 10 lashes simply for driving her car in Jeddah.

This news has been met with confusion from both supporters and opponents of the Women2Drive campaign. The extremely varied treatment that various women who have driven in the past couple of months have received from authorities–from a 9-day detainment in jail to brief questioning to indifference to the latest sentence of 10 lashes–is a testament to the fact that there is no clear law against women driving, and thus no clear penalty. It is difficult to conceive how yesterday women rejoiced at the right to vote, and today they hear of a woman sentenced to be lashed for a simple act such as driving.

Shaima Ghassaniya informed the Right2Dignity campaign that she was willing to appeal the decision to a higher court, and she has retained lawyer Adnan Saleh, who was also Manal Al-Sharif’s lawyer during her detainment for driving in June. According to a tweet today from Princess Ameerah Al-Taweel, the sentence may have been already overturned.

Now that the highest government official, King Abdullah himself, has acknowledged Saudi women’s right to participate in decision-making regarding their country, women are in a much stronger position to assert their right to make decisions regarding their own selves. This will begin in courtrooms, where Najla Hariri and Shaima Ghassaniya will assert their legal right to drive their own cars.

A just court decision supporting Saudi women’s legal right to drive in Saudi Arabia would translate to them being able to steer their own lives, by peacefully driving themselves to places of their choice, for their own purposes–all radically new concepts in light of the institutionalized discrimination against Saudi women that is the guardianship system. Once Women2Drive’s mission is achieved with the issuance of the first driver’s license to a Saudi woman, Saudi women’s independence and recognition as full human beings will not be far off. The next steps would be to push for a woman’s right to make further personal decisions, such as traveling, marrying, studying and working, thus ending her dependence on a male guardian’s permission to live her life.

Nora Abdulkarim is a member of the Saudi Women's Right2Dignity Movement and the Women2Drive Campaign.