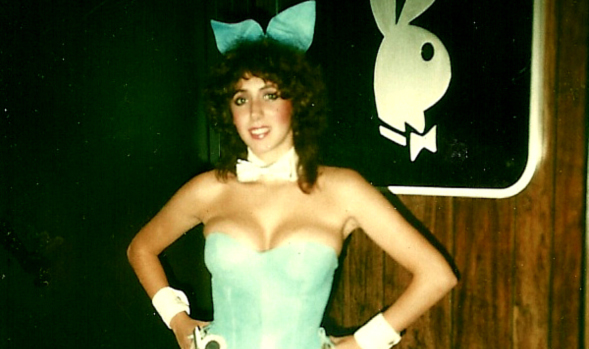 NBC has officially pulled the plug on the highly promoted new series The Playboy Club after airing only three episodes. The reason given? Poor ratings, which caused seven major advertisers to withdraw after only two episodes.

As an ex-bunny, I won’t be shedding any tears. I recently wrote for the Good Men Project about the experience of working in the New York City Playboy Club just after I turned 18. In it, I describe witnessing the creation of unattainable sexual ideals that would hurt American women for the next 40 years (and counting):

As I watched the Playmate emerge from her shower, sit down next to me, and begin her primping for the evening’s festivities, I was struck by how absolutely human she looked to me.

Was she pretty? Sure she was. But was she in possession of otherworldly perfection? Not even close.

While on break that day, I flipped through the ever-ubiquitous stacks of Playboy magazines in our employee lounge and found the older issue in which she had ‘starred.’ As I studied her photos, I was struck with the magic that computers could generate. In front of me was sprawled virtual perfection, not a flaw in sight, her skin pore-less, tawny, with the texture of velvet. Her eyes were sparkling and bright. Her lips perfectly moist, parted ever so slightly to show off her perfect, non-rejecting smile.

Her body was portrayed in much the same way: All good features were highlighted to the extreme, and the less than perfect were ‘corrected,’ which is to say, rendered invisible.

To be sure, the centerfold woman was pretty. But in truth, so was the woman who sold me my New York Times in the morning. So was my aunt, and so was my boyfriend’s sister, for that matter. Jeez, most women were attractive if you could just see them outside of the narrow rules, and yet it seemed that Playboy had extolled some illusory woman as the absolute gold standard for perfection.

I was sickened by the idea of a show that glamorized all the artifice and shallowness of the Playboy enterprise. I wasn’t alone in my criticisms. The show got a flurry of bad press, drawing a boycott from the conservative Parents Television Council for the “degrading and sexualizing” portrayal of women. NBC’s Salt Lake City affiliate refused to air it. Feminists also took umbrage: Gloria Steinem, who famously went undercover as a Playboy bunny to report on working conditions in 1963 staged her own boycott of the show.

Truth be told, if I had a gun to my head, I wouldn’t have watched the show. But from all reports, its creators seemed to have learned the wrong lesson from Mad Men, copycatting its ’60s period charm instead of its more interesting undercurrents of feminism and social change. A better show would have taken up Hugh Hefner’s outrageous claim that his entire enterprise “empowers” women, and debunked it.

Hefner’s normalization of pornography has had enough effect, given its unquestioned ubiquity in our environment today. It did not deserve further canonization vis-a-vis a prime-time television show.

I, for one, say, good-bye, Playboy Club, and good riddance.

Photo of the author as a Bunny at the Playboy Club in New York circa 1978.