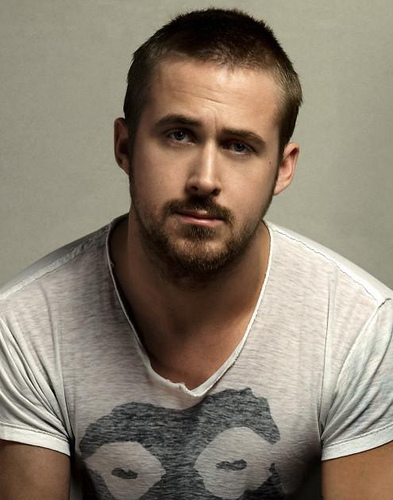 We didn’t think we could love Ryan Thomas Gosling more than we already do here at the Ms. Blog. He’s so talented, so darn good-looking, so noble–and so willing to call out the patriarchy! I mean, the guy is quoted as saying,

It’s misogynistic in nature to try and control a woman’s sexual presentation of self.

What’s not to love? But now we have yet another reason to heart Ryan: He’s talking feminist theory, and in the most romantic way possible. Consider this quote from Feminist Ryan Gosling:

My perfect Saturday is a hot cup of tea at sunrise, a trip to the Farmer’s Market, and curling up on the couch to figure out bell hooks’ theory that feminism is a struggle to eradicate the ideology of domination that permeates Western culture with you.

Sweet! At another moment, Ryan’s thinking about marriage:

Sometimes I think about Foucault‘s theory of marriage as a governmentally developed tool that interferes with the appropriation of land rights, normalizes heterosexuality and subjugates a woman’s sexuality and it makes me want to cry with you.

Ryan even realizes that some feminists resent being addressed by a pet name that somehow infantilizes them, as in this post:

OK, maybe it’s dawned on you that this Ryan Gosling is just an internet meme, not the real dude, and maybe you even know that it was inspired by a previous internet meme called Fuck Yeah!Ryan Gosling. In fact, Feminist Ryan Gosling is sort of a cross between Feminist Hulk and Feminist Bieber, but he’s got more cyberspace to make his point because he’s on the less-micro microblog Tumblr rather than on 140-characters Twitter. We’re not even surprised to find out that Feminist Ryan Gosling is a female woman’s studies grad student who’s all about intersectionality (you’re so cool, Danielle Henderson!).

It all sounds like a lot of internet silliness until we realize that we may be learning something from these imagined feminist men (well, Ryan’s a real feminist, considering his actual quote at the top of this piece, ). Read a tweet from Hulk about Judith Butler or a tumblr post from Gosling on Luce Irigaray and suddenly you want to check out these theorists yourself and learn more. A lot of this theory has been locked up in the academy too long; our internet meme-meisters are bringing it down from the tower and onto our Facebook pages.

I, for one, really appreciate it. As an old-school Second Waver, I’ve been wanting for some time to catch up on my feminist theory, but I’ve fallen behind. I like knowing that the young women behind the masks of Hulk and Gosling are taking their smarts to the cyber-street, and whetting people’s appetites for some heady reading.

In fact, I look forward to seeing what theorists Feminist Ryan Gosling tackles next. Hey boy, how about Hélène Cixous? After all, she often writes about love.

Any ideas for feminist theorists that Feminist Ryan Gosling–or the rest of us–should be reading? Any favorite essays to recommend?