If He Could Get a "Hot" Girl, Why Would He Want a Fat Girl? - Ms. Magazine
Skip to content 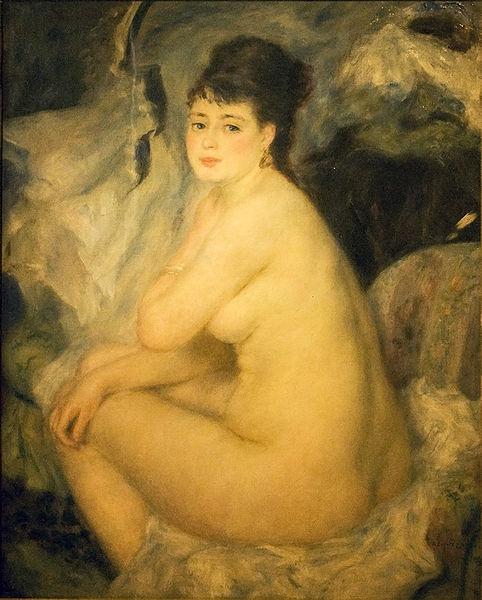 In honor of Love Your Body Day (Wednesday, October 16), sex-and-relationships columnist Heather Corinna takes on standards of desirability around weight.

Q: I’m very pretty, but overweight. Close to 200 lbs. A guy has expressed serious romantic interest in me. I know he’s usually attracted to much smaller girls. I find it very difficult to believe he could really be attracted to me. Is it possible, for a guy who could very easily get a very “hot” girl, to be attracted to a pretty girl who is very fat?

A: I’m not exactly sure what you mean by “hot” or” “pretty” here, but I can take a guess. There are cultural and kyriarchal beauty standards in any given time and place. Right now, in white Western culture, does “hot” most typically also mean “thin,” according to those standards? You know it does.

The good news is that people’s emotional and sexual attractions often aren’t based on those standards. The idea that only thin women are attractive to others just isn’t sound. Desire may be influenced by norms, but that’s usually one piece of a very big puzzle. If we know anything to be true when it comes to attraction and sexuality, it’s that those things are incredibly diverse; we can’t accurately quantitatively measure one person’s appeal for another.

The ways some people are visually or sexually attracted to others do align with cultural beauty ideals. That’s as true today as when the ideal was larger bodies, when it was pale skin or when it was tanned skin, when it was big breasts or when it was small breasts. But what’s also true now, and always has been, is that there are other people whose attractions are not in alignment with cultural ideals or who have a wide range of people they feel attracted to both within and outside those ideals. It’s also possible that what women weigh is far less important to this guy who’s interested in you than it is to you, either because he doesn’t see the differences you do or doesn’t experience them in the same way.

It appears that not only could this guy be attracted to you, but that he is. He’s expressed that. Not only could he have interest in both “hot” girls and a woman who weighs 200 pounds, but he may feel attracted to the person he thinks is a “hot girl” who is a 200-pound woman.

I don’t think the scope of his attractions is what you need to make peace with. What you need to make peace with is how you feel about yourself and your body. When we can’t believe someone finds us attractive, it’s usually because we don’t feel positive about ourselves. A lack of self-acceptance and self-love can cause this relationship–if you want to pursue it–to suffer. Same goes for your relationships with other women. Seeing other women as sexual or romantic competitors, things for a guy to “get,” and seeing women (including yourself) as being all about their looks, can get in the way of quality connections and interactions among each other. But it’s your most lasting and influential relationship that will suffer most of all: the one you have with yourself. We self-sabotage when we don’t invest the same kind of energy in loving and accepting ourselves that we do in seeking love and acceptance from others. It’s amazing how much our lives and relationships improve when we turn that around.

I know that it’s tough to overcome the reality that larger people are deeply discriminated against and erased from current beauty ideals. However, those “ideals” presented by media, fashion and popular culture diminish, demean and leave out a lot of people, not just because of their size but because of their ethnicity, ability, gender presentation or class.

We should be critical of beauty ideals for a lot of reasons, rather than letting them starve us of appreciating all kinds of bodies. You’re already feeling the sting of what can happen when you give those ideals power. Do yourself a solid and make a vow right now to stop giving them such power. Aim to love your body as a part of your whole self.

P.S. I did a Google Images search for “hot” just to see the most current perceptions around that. The most common denominators among the images were half-dressed women with their mouths hanging open. If you would feel a lot better meeting that ideal, you could easily swing it by taking a shower in the morning when the water’s not hot enough, or getting half-dressed for work while watching Fox News.

P.P.S. Want some more assistance with these issues? An updated edition of Hanne Blank’s phenomenal book, Big, Big, Love: A Sex and Relationships Guide for People of Size (And Those Who Love Them) just came out this week.

Check out last week’s advice about sex “just for fun.”

Have a sex, sexual-health or relationships question you want answered? Email it to Heather at sexandrelationships@msmagazine.com. By sending a question to that address, you acknowledge you give permission for your question to be published. Your email address and any other personally identifying information will remain private. Not all questions will receive answers.

ABOVE: Nude woman sitting on a couch (Anna) by Pierre-Auguste Renoir, from Wikimedia Commons

Heather Corinna is the executive director of Scarleteen, the inclusive online resource for teen and young adult sexuality education and information she founded in 1998. She is the author of S.E.X.: The All-You-Need-to-Know Progressive Sexuality Guide to Get You Through High School and College; a co-founder of the All Girl Army; and director of the CONNECT sexual health outreach program for King County, which primarily serves homeless and transient youth. She is on the editorial board of the American Journal of Sexuality Education, a writer and contributing editor for the 2011 edition of Our Bodies, Ourselves, a member of the Board of Directors for NARAL Pro-Choice Washington, and her sexuality advice is also syndicated weekly at RH Reality Check. Heather was the winner of The Champions of Sexual Literacy Award for Grassroots Activism from the National Sexuality Resource Center/SFSU in 2007; in 2009 the winner of the Society for the Scientific Study of Sexuality, Western Region's Public Service Award and the Our Bodies, Ourselves' Women's Health Heroes Award. In 2011, Scarleteen won a Seattle Web Award for Best Nonprofit Website. A Chicago native, she now lives and works on an island in the Pacific Northwest.