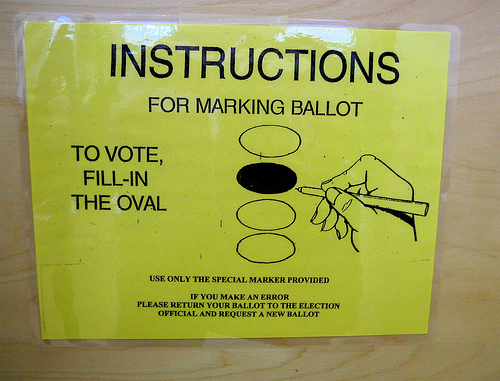 Yesterday, voters in Mississippi overwhelmingly rejected a personhood amendment that would have defined fertilized eggs as people and given them the full legal rights and protections of real humans. Polling shows that 55 percent of voters voted against the initiative, which would have:

A victory for personhood in Mississippi would have given a big boost to its supporters in at least eight states considering such measures, including Alabama, Wis consin, Ohio, Florida, Montana, Nevada, Oregon and California. Proponents claim petitions are active in all 50 states. Though most mainstream anti-abortion groups have been hesitant to support personhood in the past, a victory in just one state could have made it trendy. Three bills with language based on the Mississippi amendment have already been introduced in Congress–two in the House and one in the Senate–one of which has 91 co-sponsors.

I’m sure this won’t be the last we hear from the personhood movement, but this is a victory for everyone who believes in the value of women’s lives and their ability to make their own reproductive choices, and it’s a clear sign that educating voters works.

Unfortunately, 62 percent of voters voted for an ID initiative requiring voters to show photo IDs with their current address at the polls, making them the 31st state to do so. While this may sound like a reasonable idea, it has the effect of turning away legitimate voters. Most affected will be people of color, the elderly, the poor and students. As Loretta Ross says,

[When] people are kept from voting–because of the lack of government ID or missing birth certificates–then Mississippi returns to the sixties when voter denials based on race and gender were common and mocked our democracy.

Students across the state and black women’s groups mobilized to defeat both initiative No 26 (personhood) and 27 (voter IDs). However, there was a gap in resources–No on 26 had greater funding and support from both state and national groups than No on 27.