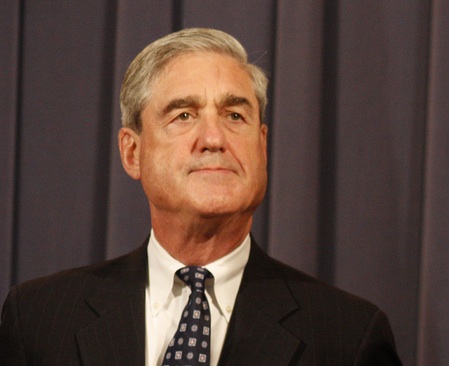 Last week we were excited to report that victory is finally in sight in the months-long Rape is Rape campaign: An FBI Advisory Policy Board unanimously recommended that the agency update the archaic definition of rape it uses in its Uniform Crime Report (UCR).

The only hurdle that remained was final approval of the change by FBI Director Robert Mueller. Today, he gave us reason for optimism. The Huffington Post’s Amanda Terkel reports:

Senate Judiciary Committee Chair Patrick Leahy (D-Vt.) asked Mueller about the panel’s recommendation during a hearing on Wednesday, stating, “I know the FBI is currently working to update the definition of rape for the Uniform Crime Report. Why is that important, to update that?”

“That definition was in some ways unworkable, certainly not applicable — fully applicable — to the types of crimes that it should cover,” replied Mueller. “And as I think you’re aware, the advisory committee for NCIC in the statistics, developing the statistics, approved the change to that definition. And my expectation is it will go into effect sometime this spring.”

This statement, while not binding, is encouraging. “This is a very positive development,” says Eleanor Smeal, president of the Feminist Majority Foundation and publisher of Ms., who are among the organizations behind the campaign. “I’m excited to hear that the next steps are being taken toward a new definition, and I’m looking forward to hearing the details. We believe that updating and broadening this archaic definition to count the vast majority of rapes will result in more resources to curb what has been an intolerable level of violence, especially against women.”

This development comes less than a day after the Centers for Disease Control (CDC) released the results of a landmark national survey [PDF] on intimate-partner and sexual violence in the U.S. Here are a few of the findings:

This last figure illustrates the incredible inaccuracy of the “forcible” rape statistics collected in the FBI’s yearly Uniform Crime Report. The CDC survey found that 1.3 million women were raped in 2009—therefore there were at least 1.3 million incidents of rape. Compare that to the number of “forcible” rapes in 2009 counted in the UCR: 89,241. That’s only 7 percent of the CDC’s estimate.

It’s certainly true that, for a variety of reasons, rape is an extremely difficult crime to track. But it’s clear that the UCR isn’t even coming close to accurately measuring the extent of the problem.

To be sure, rapes that go unreported to police likely account for a large portion of what the UCR misses. But the absurdly restrictive “forcible” rape definition excludes countless rapes regardless of whether or not they’re reported. These include oral and anal rape, rape of men and rape with an object, finger or fist. That means none of the men who have been raped–1 in 71, according to the CDC–have ever been counted in the UCR. Many police departments also interpret the word “forcible” as disqualifying the rapes of unconscious women, physically or mentally disabled women and those under the influence of drugs or alcohol. Rape statistics may never be perfect, but an accurate definition—such as the one that the advisory committee recommended to FBI Director Mueller—can help us gain a better understanding of the problem and allocate more resources to combat it.

So let’s keep the pressure on Mueller to make sure he follows through on his promise. Sign the Change.org petition and share it with your networks today: