Fragmented By Abuse, But Not Broken - Ms. Magazine
Skip to content 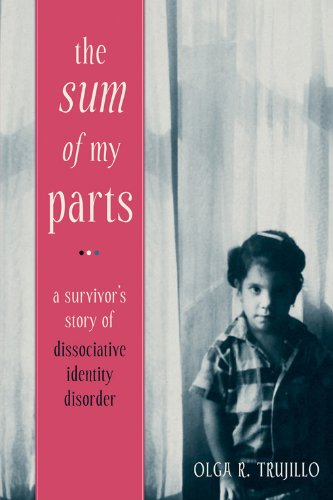 On a very bad day, every one of us has wished we were somewhere else or someone else. Some unfortunate children have many more, and much worse, bad days; they are physically, psychologically and/or sexually abused. How do they survive?

In her opening chapters, Olga Trujillo describes the almost unimaginable physical and sexual abuses she suffered from the age of 3 through her late teens. During attacks, she experienced a blank numbness, a sensation of being an observer outside her body, for which the medical term is dissociation. Abuse can precipitate the whole gamut of mental problems; in her case, it led to “dissociative identity disorder,” formerly called multiple personality disorder and famously described in the bestseller Sybil.

Victims of abuse can be remarkably resilient. Trujillo coped by dividing her mind into compartments. Into some she put her few, but crucial, experiences of being loved and cared for. Into others she locked away all memories of sadistic attacks by her father, brothers and their friends while her mother stood by, even as Trujillo was prostituted to a succession of strangers. None of the memories was accessible to her conscious awareness until they returned, little by little, during years of painstaking psychotherapy and treatment with medication. In the second half of her book, Trujillo describes her successful studies, her career as a lawyer in the Department of Justice during implementation of the Violence Against Women Act and the relationships made possible by those years of psychiatric treatment.

The author, now an advocate for survivors of violence, intends this heart-wrenching story to be a source of information, validation and support for abuse victims and those who love or work with them. Despite advances in recent decades, there is still a great deal of public misunderstanding about victims of abuse. Her memoir helps us understand what makes people vulnerable to abusers and what scars abuse leaves: how, for example, dissociation can make victims appear unemotional about horrific events.

While there is evidence that repressed memories of childhood abuse can be recovered, enabling survivors to master painful feelings and self-defeating behaviors and to enjoy fulfilling lives, there is also evidence that therapists can encourage patients to imagine abuse rather than getting at the real reasons for their problems, causing untold damage to falsely accused relatives and family friends. This account is intended to encourage people who feel fragmented to get treatment. Hopefully it will not encourage others to misattribute their problems to multiple identities. The phenomenon of dissociation is common, but a diagnosis of multiple personality is rare. Tragically, only a small percentage of those diagnosed will be able to find the trauma experts, time and money to access the kind of intensive treatment that enabled Trujillo to recover and so generously share her story.

Nada L. Stotland, M.D., MPH, is a past president of the American Psychiatric Association, an author and an advocate for women’s reproductive rights.

Nada L. Stotland, M.D., MPH, is a past president of the American Psychiatric Association, an author and an ad- vocate for women’s reproductive rights.