The War on Women in the Courts - Ms. Magazine
Skip to content 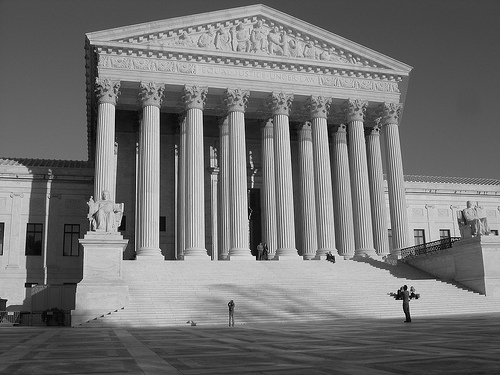 In 2007, five men on the Supreme Court told Lilly Ledbetter that she was out of luck. Ledbetter, after two decades working as the only female supervisor at a Goodyear tire plant in Alabama, had sued her employer for wage discrimination–she had discovered that for all those years she had been paid less than male colleagues doing the same job. But the Supreme Court told her that the way they did the math it was too late for her to sue.

Justice Ruth Bader Ginsburg, at that time the only woman on the Supreme Court, took the unusual step of reading her dissenting opinion from the bench, accusing the five-Justice majority of not understanding the reality of Ledbetter’s situation. She declared, “In our view, the court does not comprehend, or is indifferent to, the insidious way in which women can be victims of pay discrimination.”

The Ledbetter case was a stark example of what it means to have women judges and justices on the bench. Many great pro-equality decisions have been made by male judges, and women judges are by no means guaranteed to rule in favor of female litigants. But having women on the courts means that women’s voices are heard in the halls of justice.

Cases before the Supreme Court, and the confirmation of Supreme Court justices, get plenty of attention. But for every Lilly Ledbetter there are hundreds of Americans seeking justice from federal courts across the country. When Ruth Bader Ginsburg graduated from law school in 1959, there were two women on the federal courts. By the time she read her dissent in Ledbetter, approximately a quarter of federal judges were women. Today, women make up nearly one third of the federal judiciary.

The increase in women in the courts has not happened by accident. As more women graduate from law schools, some presidents have made it a priority to have the federal courts reflect the people they serve. It’s well known that President Obama picked two women–Sonia Sotomayor and Elena Kagan–to sit on the Supreme Court. Less noticed has been his unprecedented success in bringing women to federal courts throughout the country. Almost half of President Obama’s confirmed judicial nominees have been women. Only one fifth of George W. Bush’s were [PDF].

President Obama has made no secret of his goal to make the American courts look like America. Along with the effort to bring more women to the bench, roughly 36 percent of his nominees have been people of color, and he has nominated more openly lesbian and gay individuals to the federal courts than all his predecessors combined.

But the president’s effort to bring a diversity of voices to the federal courts is now facing a major roadblock. Senate Republicans have been obstructing President Obama’s judicial nominees to an unprecedented extent–usually not because of objections to the nominees themselves, but just for the sake of creating gridlock. Indeed, most of President Obama’s nominees have been approved by the Judiciary Committee with unanimous or near-unanimous bipartisan support. Nevertheless, after committee approval, Republicans in the Senate have forced the president’s nominees to wait four times longer to get a yes-or-no vote than President Bush’s nominees at the same point in his term.

As a result, about one out of ten courtrooms in the country are vacant and Americans are facing inexcusable delays as they seek their day in court. One of President Obama’s least-noticed but most long-lasting achievements–putting a qualified, diverse group of judges on our federal courts–has been put at risk.

Senate Democrats have signaled that they will try to push through the 18 judicial nominees currently waiting for votes, including seven women and eight people of color. But they can only do it if Americans–and especially women–speak out about the importance of filling our courts.

Marge Baker is executive vice president of People for the American Way. 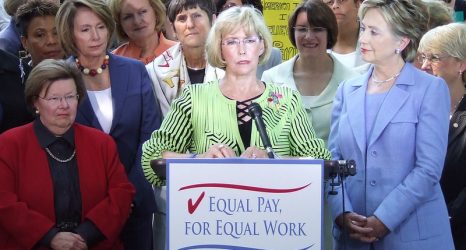 Fighting for Pay Equity: A Q&A with Lilly Ledbetter and the Filmmaker Telling Her Story 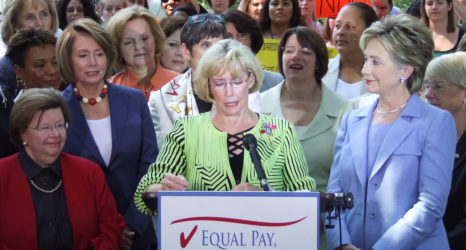