Are You a Lucy Stoner? - Ms. Magazine
Skip to content 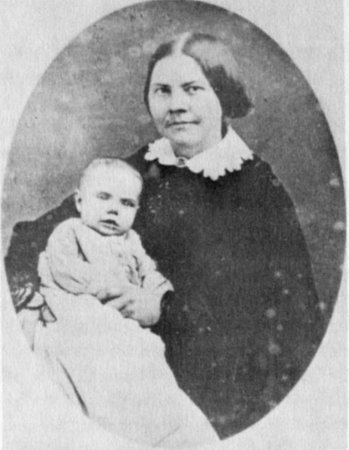 Ain’t no man could ever own her…

(From the Indigo Girls’ song “Lucystoners”)

I’d never heard of Lucy Stone until I took my daughter to see Clark University in Worcester, Mass. I researched the city’s history and realized that, later in life, I’d become a Lucy Stoner.

Stone (1818-1893) was a pioneer in the women’s rights movement. After graduating from Oberlin College in 1847, she helped organize a national women’s rights convention in Worcester. When she married Henry Blackwell, a fellow crusader for women’s suffrage, both agreed that taking his name would tell the world that a woman’s name and family history are unimportant. She became the first recorded American woman to keep her name after marriage, speaking out for women’s rights at a time when women were discouraged and even prevented from public speaking.

Married women who keep their names are still sometimes called Lucy Stoners, but their numbers have decreased. Penn State sociologists recently compared data from two surveys (1990 and 2006) at a Midwestern university and found that 2006 students were three times more likely than those in 1990 to say that women who keep their surnames are less committed to marriage. While there are no national statistics, other studies suggest that at least 90 percent of American women take their husbands’ last names.

The realization that I’m a Lucy Stoner brought relief; I now had a response when friends questioned why I went back to my maiden name, Elizabeth Spaulding Titus, after 30 years of marriage. “We could understand if you’d gotten divorced,” they’d say, “but you didn’t. We know you as Elizabeth Clement, Mrs. Gregory Clement.”

“But I’m not,” I’d argue. Gregory is gone. Melanoma claimed him in 2007, the year of our 30th wedding anniversary. I’d been known by his name; now I had to recreate myself for a future that did not include a husband.

And what is the proper way to address a widow? Being called Mrs. Clement seemed dishonest. Let’s face it, I had lost my married status and become a single woman again.

It’s not that I hadn’t long been a feminist. After getting a master’s degree in English and teaching in a private school in Philadelphia, I woke up to the fact that women could, and were, doing more than teaching school. Not that I didn’t love teaching; it’s just that I felt forced into it by my father, whose four sisters, all Wellesley College graduates, were teachers. This was “the profession girls could go back to”–translation: after having babies.

But I was restless, and I had yet to hit the $10,000 mark in annual salary. So I decided to get an MBA at Wharton, at a time when women were just 20 percent of the class. When I told my mother that I was going to business school, she said, “Oh, good idea, Katie Gibbs– lots of girls did that in my day.”(Katharine Gibbs was then a kind of secretarial school for post-debutantes.)

This is what I was up against in terms of where I came from, so it’s no surprise that it never occurred to me to keep my name when I got married in 1977. And Gregory was a successful architect; I considered myself less important and hid behind my married status. But after he died, there was nowhere to hide any more. 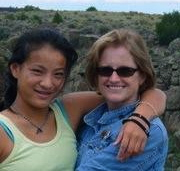 We adopted our daughter Lili from China in 1994. She is now faced with having a mother with a different last name from hers, and I fear it’s been tough. She goes to high school in Connecticut, land of Suburbans and McMansions and non-working moms, some of whom admire Sarah Palin. But as the women’s rights that Lucy Stone fought for are under increasing attack, I’ll tell my daughter about her. Perhaps she’ll keep her own name when she marries.

Then we’ll both be Lucy Stoners.

Photo at top of Lucy Stone and her daughter Alice Stone Blackwell, c. 1857-1858, from Wikimedia Commons