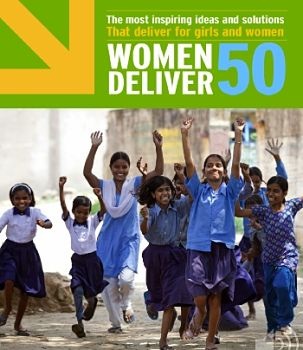 Just in time to honor International Women’s Day, the nonprofit Women Deliver announced its 50 top ideas and solutions for women and girls. While the list–which began with more than 500 nominations from 103 countries and ended with over 6,000 online votes–does include some already well-known (and oft challenged) global institutions such as the UN, what really stands out are lesser-known arms of these international organizations, such as the Schools for Husbands (run by the United Nations Population Fund, UNFPA). This school brings together local male leaders and citizens in order to discuss reproductive health issues. The program was launched in Niger and currently has plans to expand its 137-school network to other regions in the country this month.

“We’ve seen that it’s essential to engage both the high-level organizations, like the UN or USAID, but also to support the amazing grassroots organizations who are working on the ground,” says Lindsey Taylor Wood of Women Deliver.“These groups see the everyday realities of girls and women, and their voices need to be heard.”

Most of the organizations on the list target women living in non-Western countries, suggesting that some of the most innovative programs for women and girls today are created abroad. “Women in the Western world also face adversity,” Wood says, “but perhaps this list will allow [Westerners] to feel inspired by the solutions and resilience of women across the globe.”

Several girl-centered educational initiatives made the list, including the American-born Girls Educational and Mentoring Services (GEMS), which provides a leadership program for girls 12 to 24 who have been sexually exploited and/or trafficked. This inspiring program is rooted in survivor-authored curriculum, and girls who complete it often become counselors and teachers themselves. Many of the empowerment programs featured on the list have some reproductive health component–a trend that speaks to the importance of bodily education for women and young girls.

The list also includes new technologies, from simple-yet-urgent inventions like the global group PATH’s low-cost and easy-to-use female condoms, to the cutting-edge work of Solar Sister, an organization that delivers green energy technology and training to women entrepreneurs in Sub-Saharan Africa. LGBTQ activist group Equal Ground, based in Sri Lanka–where homosexuality is censured by the legal system–also made the top 50.

The Women Deliver list gives us a good overview of what the future of feminism may look like. Said Wood,

Women around the world are rising up and claiming the resources they need to empower themselves. I think that type of motivation and commitment is a central theme on our list, as well as at the heart of feminist action.

Several operations bring their services directly to where people need them, or utilize mobile phones to spread their message. The Traffina Foundation travels around Nigeria, encouraging women to talk about cultural practices that lead to high maternal mortality rates, while USAID provides family planning, contraceptive and other health information via text message to the women in Kenya and Tanzania. These point to exciting new possibilities for organizations that hope to reach rural populations and relate information that would otherwise be marked taboo.

Check out the list and let us know what groups and programs you think are paving the way for future feminists. And suggest your own winners that didn’t make the list!

Photo is a screen shot of  the 2012 Women Deliver 50 publication. 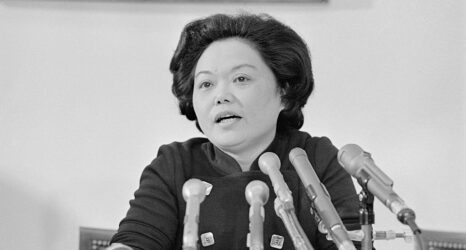 The Feminist Legislator Behind Title IX