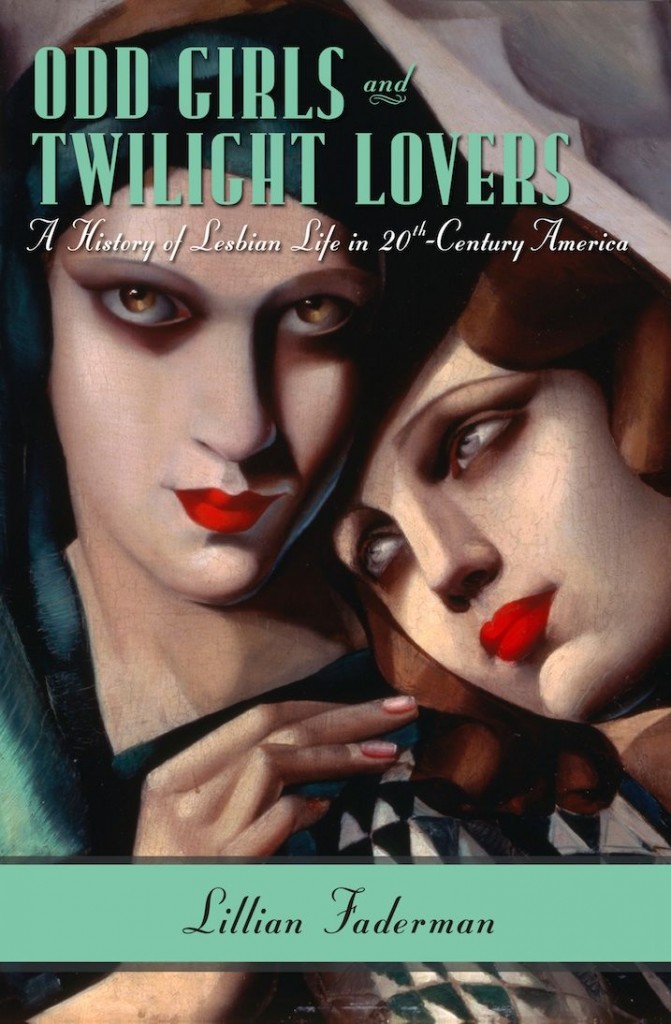 Lillian Faderman’s groundbreaking book, Odd Girls and Twilight Lovers: A History of Lesbian Life in Twentieth-Century America, was originally published by Columbia University Press in 1991, then stayed in print for 20 years as a Viking Penguin paperback. Now Columbia has taken back the rights and released its own new edition.

Odd Girls is an all-embracing history–from middle-class romantic friendships left over from the Victorian era, to lesbians in the roaring ‘20s, to 1950s gay bar raids and McCarthy witch hunts, to the sexual revolution of the ’60s and ’70s.

Here are a few inquiring-minds-want-to-know queries about lesbian history that I asked Faderman, professor emerita of English at California State University, Fresno, in a recent interview.

Ms. Blog: Could you talk about the evolution of the term “gay?”

Lillian Faderman: The term “gay” was an in-word that homosexuals used but straight people didn’t even know in the early 1920s. For example, Gertrude Stein published this wonderful short story in Vanity Fair called “Miss Furr and Miss Skeene.” She just keeps playing with the word gay, about how Miss Furr was gay every day, she was learning better and better ways to be gay, and Miss Skeene was teaching her better ways to be gay:

The readers of Vanity Fair, unless they were homosexual readers, I’m sure for the most part thought that [it] was a story about two happy women who happen to be roommates. Of course after Stonewall, “the hairpin drop heard round the world” as it’s been called, everyone knew the word gay. So things changed drastically.

What effect did World War II have on lesbians wearing pants? 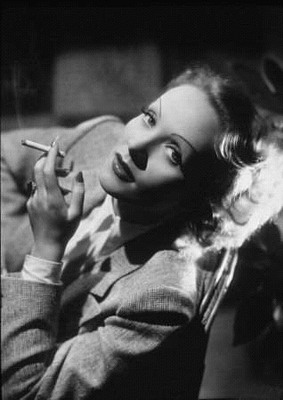 I’m sure you know the story of Rosie the Riveter during the war. Women worked in factories to help the war effort, and very often they wore pants to the factories. Before that, it was quite unheard of that any woman other than a gay girl would wear pants. In Odd Girls and Twilight Lovers, I discuss an L.A. newspaper story with a picture of Greta Garbo walking down the street wearing slacks in the 1930’s, and the headline was “GARBO IN PANTS!” And then there was a picture of Marlene Dietrich in a beautiful tailored suit with pants that made the front page of the paper in the 1930s. By the time I was a kid in the 1940s, it was after the war and we still couldn’t wear pants to school. But I remember going home and changing into Levis. It was alright for recreation for a girl to wear Levis. And I think that was really due to the war and the fact that straight women, too, wore pants during World War II.

Lesbian-separatists emerged from lesbian-feminists. I think that there was really this sort of calibration: feminists, then radical feminists, then lesbian feminists, and then lesbian-separatists. I don’t think most lesbian-separatists believed that separatism was a lifelong way of life. I think that it was something they wanted and needed to do by way of healing–and eventually, of course, they would go back to the world itself. Lesbian-separatists often had absolutely nothing to do with men, not even gay men. They distrusted gay men as much as they distrusted straight men. They thought gay men, too, took advantage of male privilege. Lesbian separatists very often had as an ideal, whether they did it or not, to go back to the land, to really be self-sufficient, and not have to rely on men in any way, not even for food production.

The rest of Meriam’s interview with Lillian Faderman can be found in the May-June 2012 issue of The Gay & Lesbian Review.