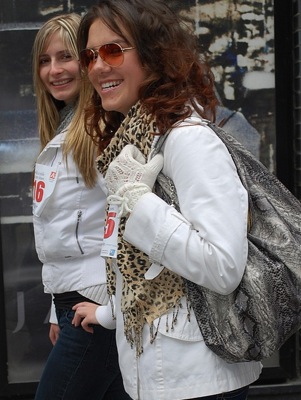 The reauthorization of the Violence Against Women Act (VAWA)–which helps provide support networks for victims of domestic violence, sexual abuse and sexual assault and provides funding for law enforcement to address these crimes–gained its 60th co-sponsor on Tuesday. While VAWA may not be a perfect piece of legislation, there’s no question that Congress needs to reauthorize it and continue providing protection to women and girls who are survivors of violent crimes.

Many campaigns in support of VAWA have sprung up in the last few months; one of the most recent is a small, but rapidly growing Facebook campaign asking women and men who support VAWA to wear white on April 2nd as a sign of solidarity.

One of my former college classmates and friend, Bonnie Morrison, wrote a heartrending essay describing her own experience with sexual assault, why she plans to wear white on April 2 and why she supports VAWA. I am quoting it below, in full, because there’s nothing more effective than personal testimony:

[TRIGGER ALERT: Bonnie describes, non-graphically, her own rape and another woman’s experiences with sexual assault.]

I am in a support group for survivors of assault. It is one of the best things I’ve ever done for myself and I give it a lot of credit for my recovery.  The women in this group are some of the strongest people I have ever met.  One of the women just gave court testimony for the third time regarding her assault.  She was attacked by a serial rapist on the side of the highway where her car broke down. He stopped to assist her and ended up raping her in the backseat of her car. Police were called, rape kit was done, she did everything ‘right.’ She sat in court three times while a prosecutor pointed at blown-up images of her vagina and noted all her physical injuries. Three times she faced a defense attorney who tried to make her look like a slut who was asking for it. Her assailant was convicted twice on the strength of her testimony and the physical evidence. He claimed she (a married woman with young children) had sex with him willingly on the side of the road in a broken-down car. He appealed his convictions based on technicalities. That is his right as a citizen.

This third trial resulted in a ruling of “not guilty” by the jury. They claimed that although there was DNA evidence linking him to my friend, there wasn’t ‘enough’ DNA evidence. The jury was not allowed to hear about his previous run-ins with the law. He was freed from prison and is now out on parole. He has already broken his parole and is on the run. My friend is now under protection–the police have installed an alarm system in her home, have stepped up patrolling her neighborhood and her children’s schools have been notified of this predator’s existence. She says that if she had known then what she knows now she would never have pressed charges. This man is a serial rapist. He will rape again.

He will rape again.

Most of the counselors and therapists I have talked to do not recommend reporting the crime of rape because the conviction rate is so low and because the process is so traumatic for someone who is already traumatized.  Rapists in this country are rarely punished.  They are walking the streets. They are in the workplace and  in the classroom with your mothers, sisters and daughters.

I recently saw a t-shirt with the following: ‘Drinking? Kicked out. Drugs? Kicked out. Cheating? Kicked out. Sexual assault? See you at graduation.’ I did not report my rape. My rapist will graduate from grad school in May.

I did not report my rape, and so my college refused to do anything. I chose, for my health and sanity, not to report my assault because after hearing the stories of the women in my support group, I was not confident in the fairness of the justice system. I did not want the commonwealth’s attorney to decide not to prosecute on my behalf because they were busy or they didn’t think they could win a conviction. I decided that I could not face that.

I was born in this country. I am a citizen of this country. I vote and pay taxes. Because I am a woman, I am treated as a half-citizen. Scores of politicians, all over this country, are assaulting women’s right to choose what they do with their bodies. How they care for their health. How they protect their futures. We are being treated as children who need to be told what to do and who to do it with. It’s disgusting. Reprehensible. And we must fight.

I was born during the political fervor surrounding the Equal Rights Amendment.  My mother tells me about watching the news and breastfeeding me, so happy that it looked like her daughter would be treated as a full citizen of this country. The ERA never passed. Women are not full and equal citizens in this country. I am not a full citizen. This war on women is personal. It’s really fucking personal.

On April 2 I will wear white for my fellow survivors who are treated as ‘less than’ by our justice system.

I will wear white for my friends and family who would not be able to take care of their own health without places like Planned Parenthood.

I will wear white for all the times my undergraduate theater department (at an all-women’s college) chose to produce a play with few or minimal strong female roles for women.

I will wear white for all the women I know who have faced discrimination, whether overt or covert, in the workplace, in the classroom, in the rehearsal room.

I will wear white for all the women I know, myself included, who have been sexually harassed and have just tried to go on with their day because that’s the price you pay for having a vagina.

I will wear white for all those who are afraid to speak up.

I will wear white to tell the world that I am a survivor. That I vote. And that I remember who cares about me.

While support of VAWA is bipartisan, some in Congress are still trying to block the legislation. So whether you wear white on April 2 or find some other way to show your support, let’s continue to rally around these central questions: Is there any reason not to speak out for women and girls–and boys and men–who have faced domestic or sexual abuse? Is there any reason not to advocate for those who still feel that they cannot report cases of harassment, assault or rape for fear of retribution, for fear of being victimized anew by the criminal justice system or for fear of not being believed?

Want to help get VAWA passed? In addition to wearing white on April 2, you can urge Congress to act:

Part Twenty-two in a Women’s History Month series celebrating organizations and ideas that represent the future of feminism. 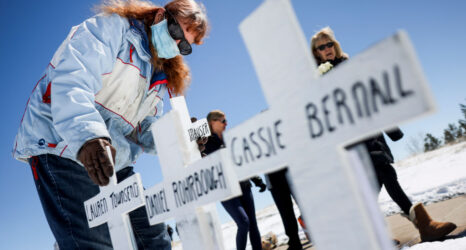