Save the California Commission on the Status of Women! - Ms. Magazine
Skip to content 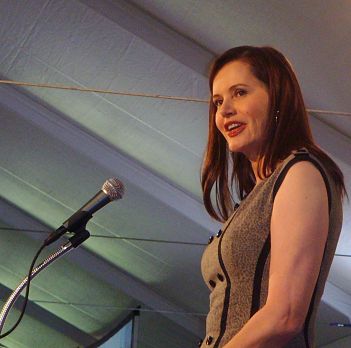 The California Commission on the Status of Women has been keeping its eye on the ball for California women for 47 years: researching, advising on legislation and advocating for gender equality. Perhaps that’s why California was ranked the 5th “Best State for Women” in iVillage‘s recent survey.

So why has Governor Jerry Brown proposed to eliminate the Commission?

Perhaps Gov. Brown feels that the Commission’s work is done. He could be forgiven for thinking so: 30 percent of Californian businesses are female-owned, one of the highest percentages in the nation. Forty-six percent of California’s state judges are women, compared to the national average of 26 percent. Californian women’s reproductive rights are protected by a pro-choice Assembly and Senate.

But the news is not all good. When the Commission’s 2012 Report on the Status of Women and Girls in California was released last month, Dr. Helen Boutrous, Chair and Associate Professor at Mount St. Mary’s College, summed up its most problematic finding thusly: Women remain “vastly underrepresented in elective office, scientific fields, partnership positions in law firms, and the board rooms of America.”

California is certainly leading the rest of the country in the number of women elected to U.S. Congress [PDF]. However, the report paints a less rosy picture on the state level. Women in California comprise only 9 percent of mayors, 30 percent of state senators and 28 percent of its State Legislative Assemblymembers. In business, women are only 3 percent of CEOs and 10 percent of board directors in California’s Fortune 400 companies.

The Commission’s aims to keep these proportions growing. But its mission is much larger: In 2011 alone, the Commission sponsored three bills, took positions on more than 80 measures intended to benefit women in the state, and provided a gender analysis of every legislative proposal to legislators and the Governor. Without the Commission to keep watch, the risk of anti-woman legislation would likely increase.

One point in the Commission’s favor is its new, high-profile chair: Academy Award-winning actor and longtime feminist activist Geena Davis. “The need to advocate for women’s empowerment is urgent,” declared Davis at the March press conference celebrating the Commission’s newly released Report on the Status of Women and Girls in California.

Indeed, the report found that California’s maternal mortality rates have more than doubled since the mid-1980s–particularly worrisome in an era when women’s health care and bodily autonomy seem to be constantly under attack. Another sobering revelation is that African American women are four to five times more likely to die from obstetrical complications than women of all other races combined. Compounding these problems, 23 percent of California women have no health insurance and 17 percent live below the poverty line.

Perhaps no statistic demonstrates the need for the Commission more than the fact that 40 percent of Californian women experience intimate partner violence in their lifetime. The Commission’s latest report found that that 72 percent of women’s shelters exceeded capacity and don’t have the resources to meet the need for their services, meaning they must turn away more than 7,000 victims each year.

If the Commission is eliminated, there will be no one to discover and report such findings; no one to advocate for California women as a whole.

California residents, you can fight for the survival of the California Commission on the Status of Women. The Commission has dedicated today, April 11, as a “Call In Day,” the prime time to phone Governor Brown’s office at 916-445-2841 and tell him you oppose his proposal to eliminate the Commission.

And if you need a little star power to convince you, let’s leave the last word to Geena Davis:

I ask for your help in contacting your local legislators, and especially the governor’s office, to call for the continuation of the Commission’s funding and its work in advocating for the women and girls of California. Help me out here–because I do not want to be the [Commission’s] last chair.

Photo is of Geena Davis at the Commission’s March press conference.