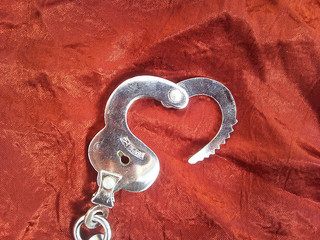 I’d never heard of Fifty Shades of Grey by E.L. James until my 65-year-old sister-in-law clued me in. Her book group in New Jersey is tackling the best-selling trilogy that went viral as an e-book and is now being made into a movie.

As female fantasies go, it’s a twofer: lasting love and a winning Mega Millions lottery ticket. And what is shameful about Fifty Shades of Grey isn’t the submissive sex, it’s the Cinderella story.

Why would “older” women respond to this preposterous-sounding book? First, my sister-in-law. Hasn’t she suffered enough at the hands of delusional men, the first being her own father, a selfish, bigoted fool who favored his son? Then her ex-husband, who ordered her around for decades and treated her like shit and then escaped into the priesthood? And her son, who attacked a young woman and nearly killed her before killing himself in the most violent way—how could she want to read about a woman being beaten?

Next there is my lovely and seemingly naïve friend, the personal trainer. When her Harvard-educated, Southern charmer of a husband left town, she raised three kids on her own. The ex-husband lost all the family’s savings and has not paid a cent for his children’s education. Ever seeking romantic love, a man to rescue her from her plight, she wasted five years of her life with a wealthy, divorced man who refused to marry her, claiming it would upset his teenaged son. Her most recent affair with a divorced man, a television personality, ended with him “dating” his ex-wife. Hasn’t she had enough of the handsome, brilliant men who treat her badly?

I don’t plan to read the book, not because I am anti-porn (I am), but because it’s said to be badly written, filled with clichés and retrograde–a kinked-up version of the same-old, same-old sorry fantasy. I’m troubled when my teenage daughter reads books like Twilight, the equally retrograde book that spawned Fifty Shades of Grey. I find it disturbing how Twilight‘s heroine, Bella, is willing to give up everything–family, education, social ties, safety–for her controlling and devastating vampire, Edward. I’ve raised my daughter to believe she can do anything she wants to do in this world, and I confess to being quietly pleased when she told me she is no longer seeing her friend Katy, because “all Katy wants to do in life is marry a billionaire and have a yacht and never have to work.”

Photo of heart-shaped thumbcuffs by Flickr user vlQleS under license from Creative Commons 2.0