Tennessee Rules that Embryos Can Be "Murdered" - Ms. Magazine
Skip to content 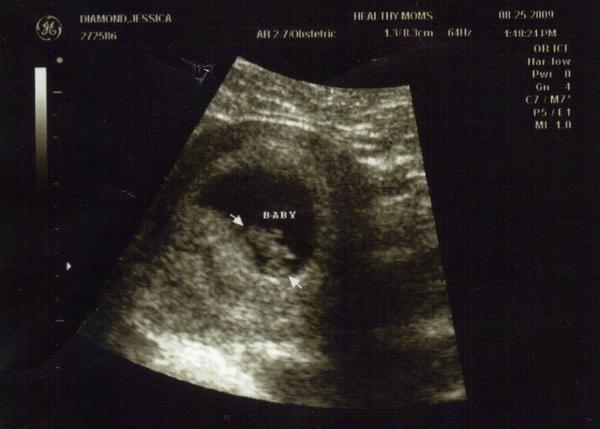 In a 28-2 vote on Monday, the Tennessee state Senate passed a bill that criminalizes harming an embryo. The bill cleared the state House of Representatives by a large margin last week and is awaiting a signature from Gov. Bill Haslam, who has an anti-choice record.

House Bill 3517 [PDF], the so-called “embryo bill,” allows prosecutors to levy charges of assault or murder if an embryo is harmed or killed. The bill excludes consensual “medical or surgical procedures,” although it removes existing language that would specifically exempt “abortion.” Given Tennessee’s long history of fetal rights legislation, the bill raises some speculation as to whether the “embryo bill” is a step toward declaring “fetal personhood.”

The “embryo bill” expands on two previous laws. The first allowed a murder or assault charge for harm to a “viable” fetus, defined as one 32 weeks or older, which has been the precedent in Tennessee since 1989. The second, passed in 2011, removed the word “viable” to cover a fetus at any age.

Then lawmakers learned that medically, a fetus does not become a fetus until 8 weeks after conception (or 10 weeks gestational age from a woman’s last menstrual period). So they passed HB 3517 to extend the period of liability even earlier in the pregnancy, to the embryo stage. At this time, not only are major organs and features only beginning to form, but many women have yet to discover they are pregnant. Sen. Beverly Marrero, D-Memphis, one of the bill’s few opponents, said that HB 3517 will “necessitate every woman that gets shot, that’s child-bearing age, to get pregnancy tested.”

Eyebrows are also being raised over language in the bill that could potentially criminalize miscarriages, which tend to occur before the fetal period. Although the bill exempts “any act or omission by a pregnant woman with respect to an embryo or fetus with which she is pregnant,” opponents worry this language is broad enough that women must prove their miscarriages were  not by force—which can be nearly impossible to discern in the first two months of pregnancy.

Unfortunately, the criminalization of miscarriage is not so far-fetched. In recent years, several of the 38 states with “fetal harm” laws have attempted to prosecute women for attempted feticide. The case of Christine Taylor of Iowa, for instance, brought this issue to the national stage in 2010. Taylor was arrested after accidentally falling down a flight of stairs while pregnant. Meanwhile, Georgia and Utah have tried to pass legislation making illegal abortions count as homicide, even more directly shifting the burden of proof on women to provide “causation” for their miscarriages.

But what the “embryo bill” and its “fetal harm” counterparts truly do is further establish “rights” in utero–a move which Tennessee Sen. Marrero thinks foreshadows future abortion battles in her state. Tennessee is already a staunchly anti-choice state, home to an unenforceable and unconstitutional criminal ban on abortion, numerous TRAP laws and biased, mandatory counseling for abortion-seeking women. The state also has a law that allows doctors and private institutions the right to refuse not only abortion care but also reproductive health services, such as dispensing birth control.

For a state so worried about “fetal death,” Tennessee has a high incidence of infant death. The state has repeatedly been found one of the worst in the nation for infant mortality, with Memphis holding the record for highest infant mortality rate of the 60 largest U.S. cities. Twenty-three percent of live births in Tennessee receive no prenatal care, which the Tennessee Department of Health claims is the result of low-income women being unable to afford care and a lack of hospital obstetric units in rural areas.

Yet two bills to improve Tennessee’s prenatal care failed to pass in 2011–and 2012 versions show no sign of passing before the session closes on Friday. The legislature appears to value embryos over infants, hinting that lawmakers are more interested in curbing women’s rights than “protecting life.”

Photo of a 7-week-old embryo from Flickr user Jessica Diamond from Creative Commons 3.0.