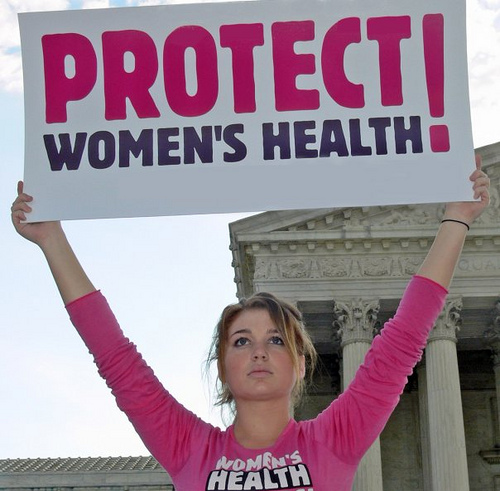 On Mother’s Day, we honor the women in our lives for all they do–meal planning, financial planning and family planning, to name a few. Regrettably, the latter task is going to cost mothers even more, as coverage for reliable birth control and related services comes under increasing challenge in the U.S.

Birth control and motherhood may appear to be competing goals. But studies show that the typical American family today wants two children and, according to the Alan Guttmacher Institute, women typically must use reliable contraception for three decades to achieve this goal. Consequently, over 99 percent of women age 18-44 who have been sexually active have used contraception at least once. Today, among the 43 million fertile, sexually active women who do not want to become pregnant, 89 percent are using contraception. Aside from condoms, women bear most of the out-of-pocket costs for contraception.

Some individuals hold strong personal beliefs about the use of birth control and should not be required to use it.  But the costs of contraception–or of discouraging its use–need to be well understood.

The National Bureau of Economic Research recently reported that the pill is responsible for the narrowing of the gender wage gap by 10 percent in the 1980s and by 30 percent in the 1990s.  Moreover, reliable birth control contributed to economic development by reducing women’s risk of dropping out of school associated with early childbearing and high fertility rates, contributing in turn to increases in women’s labor force participation, the continuity of their careers, and the standard of living of women, children and families.

Recent studies by the Guttmacher Institute and Brookings Institution demonstrate that every public dollar invested in contraception saves roughly $4 in Medicaid expenditures–or $5.1 billion in 2008–not to mention the broader health, social and economic benefits. A 2010 California study found that every dollar spent on a Medicaid family planning program saved the public sector more than $9 over the next five years by averting costs on public health and welfare that would have otherwise been incurred. In the private sector, over two decades of research has shown that the availability and use of highly reliable birth control reduce employee absences and turnover, particularly among women who would otherwise face unintended pregnancies. Indeed, it costs insurers and employers more not to provide contraceptive coverage.

And yet, for the first time in two generations, contraception is becoming harder to obtain. State and federal policies that reduce access to family planning services and contraception mean that individual women bear the cost for birth control–an additional $500 or more a year in the case of women with no insurance.

Such policies will allow insurers to profit directly from the considerable savings associated with these women’s use of birth control. Employers, states, and the general population will become “free riders,” enjoying the broader social and economic benefits while individual women shoulder the costs. What’s more, the public costs are only likely to rise as more women have less access to reliable contraception and are put at increased risk of remaining or becoming members of low-income households.

Should women bear the financial costs of contraception? Alternatively, might the costs and benefits be equitably distributed?

Given that women bear the physical burdens of pregnancy and child birth, we would do well to honor mothers–and all women–by establishing policies that share the costs of birth control among the beneficiaries. Not only would it be equitable, it would be cost-effective.

Chloe E. Bird, a senior sociologist at the nonprofit RAND Corporation, is co-author of Gender and Health: The Effects of Constrained Choices and Social Policies (Cambridge University Press, 2008).

Chloe E. Bird, PhD, is a senior sociologist at the RAND Corporation, a nonprofit, nonpartisan research organization. She is also a Professor of Sociology at the Pardee RAND Graduate School, Associate Editor of Women’s Health Issues, and Deputy Editor of Journal of Health and Social Behavior. Her research focuses on assessing the determinants of gender and racial/ethnic differences in physical and mental health and health care. Dr. Bird is particularly interested in determining how social and physical characteristics of neighborhoods contribute to health disparities. She is Principal Investigator of two National Heart, Lung, and Blood Institute (NHLBI) funded studies. One assesses neighborhood effects on incident cardiovascular disease among women based on data from the Women’s Health Initiative; the other examines the impact of neighborhoods and behaviors on men’s and women’s cardiovascular mortality using geocoded mortality-linked NHANES data. In her book, Gender and Health: The Effects of Constrained Choice and Social Policies, she and coauthor Patricia Rieker integrate social and biological models to improve understanding of how differences in men’s and women’s lives contribute to differences in their health. This work expands the study of health and health disparities by shedding light on the how decisions beyond the level of the individual shape men’s and women’s opportunities to purse a healthy life.