The Arc of My Mother's Brow - Ms. Magazine
Skip to content 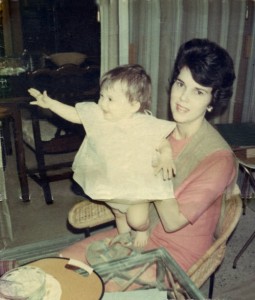 We called ourselves the Dead Mothers Support Group or DMSG for short. If there was a touch of the macabre in the name, that was okay with us. Losing our moms as kids had been devastating. Why sugarcoat it? We were Harvard grad students who came together inside a dingy lecture hall to swap stories and cry. When it was my turn, I talked about who my mother had been–a painter with a sharp eye for beauty.

As a semi-tomboy, I sat cross-legged at her feet before school, watching her go through her makeup routine. It was an exhaustive process that began with an eye stick, incorporated a scary eyelash curling device and ended with tiny silver tweezers. She was particularly careful with her brows, always following their natural line, tweezing only what was necessary. Sometimes she noticed me and our eyes met. It was as if we were from foreign countries, me in my sloppy pony tail, she with every hair in place.

I lost my painter mother when I was 16. She had had a mastectomy six years before and the cancer had gone into remission. But several years later it resurfaced. By the time I was in high school, she was battling exhaustive treatments and endless medications. Too sick to paint by then, her makeup routine became her only creative outlet.

Sharing stories with the women of the DMSG was cathartic. This was just before Hope Edelman’s landmark book Motherless Daughters: The Legacy of Loss opened the discussion, so the opportunity to talk to other women who understood was rare and profound. In addition to loss, we spent a lot of time talking about how to mother ourselves. While some women had managed to power through their grief, at 26 I still felt stuck in mine. My primary goal back then, via yoga, therapy and daily journaling, was to manage my sadness. Every day I asked my journal the same question: When will I be through with these tears?

The answer seemed to be “Never.”

No matter how hard I worked, the tears kept coming. Whenever they arrived, I retreated to an empty room at my office or holed up in my apartment. As I let the tears roll through me, I hated the heavy, cumbersome feelings of loss. I wanted to be someone else, the kind of person who could stuff it all down and make it disappear. I was angry at grief for taking so long to complete itself. “Screw emotional health,” I told my therapist. I didn’t want that; I wanted sweet, serene denial. I longed to be the kind of person who had small, tidy feelings–so small I could lose track of them altogether.

When the pain finally began to lessen in my early 30s, I was tentatively overjoyed. I thought maybe it was a result of acupuncture, lying for a half hour with carefully placed needles in my skin. Or maybe it was the blue-green algae–nature’s superfood, with a complete list of amino acids that promised to alter the body’s chemistry on a cellular level. That’s what I wanted: to obliterate each grieving cell and replace it with a fully recovered one. Ideally one that had never experienced sadness in the first place.

Who knows what was helping, but eventually my mornings spent crying diminished. I found a steady job, formed a strong circle of friends and bought a house. When I was 33 I met my partner, a woman I had fallen for in college but had been too consumed with grief to pursue  as a lover. I moved to California and settled into her house on the side of a hill, beneath leaning Monterey pines. The exquisite feeling of being in love bloomed inside me. It was a fierce and powerful thing, and slowly, year by year, my grief became smaller and smaller.

Ten years later, when I was 44, I thought maybe, just maybe, I had gotten past it. As the annual anniversary of my mother’s death approached, a time when I normally felt a heightened sense of sadness, I felt lighter. But this wasn’t just any anniversary: I was now the age my mother had been when she died, an age I wasn’t convinced I’d reach. I was now poised to outlive her. To soothe myself, I made an appointment for a massage. At the last minute, unaccountably, I added an eyebrow waxing. I had never altered my eyebrows before or, for that matter, even taken a good look at them. And when I did, what I saw were two unkempt and overgrown strips.

When I arrived for my brow waxing, I got cold feet. I warned the aesthetician that I had never done this before. “Please don’t change much,” I begged, explaining that I liked my eyebrows thick. While she smoothed on a warm solution of wax and then a second later yanked it off, I imagined pruned little trails, the kind that looked great above many women’s eyes but that I couldn’t imagine above mine.

When she was done, she handed me the mirror. I took a breath and peered at my reflection. My brows were still there, thick and dark, but something was different. That’s when it hit me: In just twenty minutes, the wax had unearthed the arc of my mother’s brow. That was her line, her slight curve.

I touched the pink, stinging skin. It wasn’t until I lay on the massage table several minutes later that the tears began to fall. The massage therapist said nothing as I sniffed and asked for a tissue.

Photo of the author and her mother 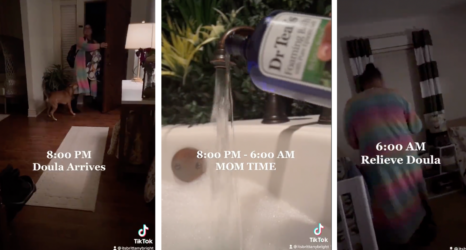 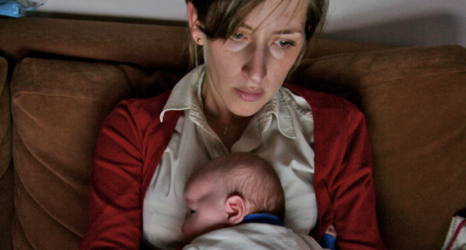