The "War on Unborn Girls" is Just More of the War on Women - Ms. Magazine
Skip to content 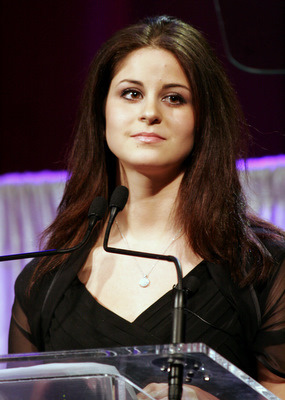 Update 5/31/12: PRENDA was defeated in the House after failing to receive a two-thirds majority vote. The vote was 246-168 in favor, short of the 276 votes needed to pass.

Lila Rose, the 23-year-old anti-choice crusader who devotes her waking hours to exposing the so-called “corruption” and “illegal activity” of abortion providers, has struck again.

Working under the guise of “investigative journalism, media and youth education,” Rose and her group, Live Action, have gained national notoriety for their undercover stings—usually targeted at Planned Parenthood clinics—where “actors” pretend to be women seeking abortions in egregious circumstances. Last spring, the Live Action mission was to expose Planned Parenthood in aiding sex traffickers. That campaign, despite a modest Internet presence that coincided with the House’s proposed amendment to defund Planned Parenthood, failed to gain much political traction (in part because Planned Parenthood promptly reported the suspected sex trafficking to the FBI). This spring, a grainy video recorded in a San Antonio Planned Parenthood represents Live Action’s newest smear attempt: to show that American abortion providers encourage female feticide.

Rose and her anti-choice congregation are not just opening a new front in the War on Women; they are acting under the pretense of protecting women. And, not surprisingly, they have conservative Congressmembers on their side.

Today, the House will vote on an unprecedented anti-abortion bill that purports to prohibit sex and race discrimination “against the unborn.” The Prenatal Nondiscrimination Act (PRENDA), introduced to much furor in December 2011 as the “Susan B. Anthony and Frederick Douglass Act,” punishes those who perform or force an abortion on the basis of gender or race with either a fine or a maximum five-year prison sentence. It also criminalizes transporting a woman over a border to obtain such an abortion, or being paid to facilitate one. It allows civil action to be taken against abortion providers, resulting in loss of funding. And it sets up the largest national abortion debate since the 2003 Partial-Birth Abortion Ban Act.

Since it surfaced in 2008, PRENDA has been championed by its supporters as a pro-woman and civil-rights bill. It has played a part in the resurgence of the anti-choice talking-point that abortion is “black genocide,” which has been used in racist propaganda billboards targeting African American communities. But in the lead-up to Thursday’s House debate, the anti-choice Right has switched the conversation from “black genocide” to “gendercide.” During the bill’s House Judiciary Subcommittee hearing earlier this month, sponsor Rep. Trent Franks (R-Ariz.) expressed concern over the “thousands of little girls … aborted in America simply because they are little girls.” Rose, too, purports a “pro-life feminist” stance, titling her Live Action campaign “Protect Our Girls.” The real War on Women, say Rose’s supporters, is the war on “unborn girls.”

Sex-selective abortion is a long-standing problem [PDF] in several regions of the world, but there’s no reason to suspect it’s a prevailing problem in the U.S. Although the nation’s birth and fertility rates continue to fall—due to increased accessibility to contraception and women delaying child-rearing—the sex ratio has been steadily, if gradually, evening out. The Centers for Disease Control report that the gender gap in births in 2009 was just 1,049 male births to every 1,000 female births, in keeping with the slight natural skewing toward male births.

No large-scale studies have been conducted on sex-selective abortion in the U.S., perhaps because other statistics suggest it would be unnecessary: Ultrasounds that determine the fetus’s gender are typically conducted between 18 and 22 weeks, yet only 1.5 percent of abortions occur past the 20-week mark. A vast majority of abortions—88 percent—are performed by the end of the first trimester, the earliest time that cutting-edge ultrasound technology can detect gender. Still, most of those trimester abortions (62 percent) occur before the ninth week—much too early to concretely detect the fetus’s gender. And though the woman in Rose’s undercover video insists she needs an abortion if the fetus is female, the Guttmacher Institute has found that this reason is less than few and far between: Three-quarters of women who undergo an abortion cite economic strife as the leading reason, while less than 1 percent claim they do so because of pressure from a spouse or relative.

That doesn’t mean there’s no sex selection whatsoever in the U.S.–just that abortion is not the means. As Anat Shenker-Osorio and Sujatha Jesudason write at RHRealityCheck:

As birth order rises, apparently so does selection—at least, in certain ethnic groups. With U.S. 2000 Census data, researchers investigating Korean, Chinese, and Indian communities found that, after one girl, parents have as many as 1.17 boys per girl the second time. With two girls at home, this goes up to 1.51 boys per girl for the third child.

This intentional kid picking takes multiple forms. … Although alarmists cite an undocumented rise in abortion due to sex selection, more and more the interest (and well-marketed new product development) is on meddling before implantation [with expensive] techniques like sperm sorting and IVF embryo selection … As of 2006, half of American fertility clinics that offer embryo screening allow would-be parents some form of sex selective add-ons… and the market is growing.

Gender bias does exists in America. It’s perpetuated on a daily basis through cultural stereotypes, media representations and War-on-Women legislation. But does PRENDA serve to counteract this bias or enable it? Asian American women have begun to speak out, fearing that women in their community will be targeted by the law. PRENDA is treating abortion as a hate crime, and in doing so, it racially profiles women who seek abortions.

PRENDA is a devil-in-a-Sunday-hat type of bill, meant to distract from the Right’s involvement in the War on Women. It might be slightly more believable if Franks’ voting record showed a fervid interest in the welfare of U.S. baby girls after they leave the womb. But he has voted to defund Planned Parenthood (and, thus, health-care services for low-income women intending to carry their pregnancies to term). He also voted “no” on the expansion of the Children’s Health Insurance Program, and “yes” on the “Let Women Die” bill, which would have permitted hospitals and other health facilities to refuse to treat or transfer a pregnant woman in need of a life-saving emergency abortion. In 2010, the American Public Health Association gave Franks a rating of 0 percent because of his lack of support for key public-health issues.

Furthermore, though PRENDA suggests that some potential parents “regard female offspring as financial burdens to a family … due to their perceived inability to earn or provide financially,” Franks voted against the Lilly Ledbetter Fair Pay Act—a law that seeks to erase that “perceived inability” and enable women’s financial independence.

Given Franks’ voting record, it’s fair to assume PRENDA is simply another piece of legislation intended to restrict abortion access. The bill would increase the abortion providers’ exposure to criminal charges, jeopardizing their practices.

But another, perhaps more dangerous precedent is at stake: Women will be legally required to provide a “correct” reason to terminate a pregnancy, further driving a wedge between a woman and her doctor.