Someone in New Hampshire (Finally) Gets It Right - Ms. Magazine
Skip to content 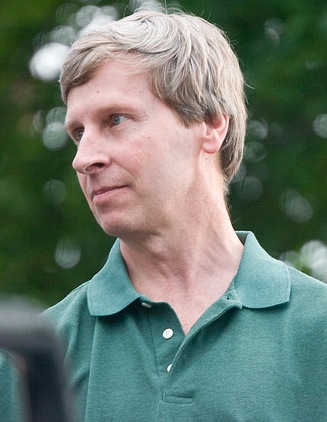 The New Hampshire legislature has taken its motto “Live Free or Die” a little too literally with its latest attempt to restrict women’s access to healthcare.

For months, the state House has been riding the anti-choice bandwagon, pushing bills that specifically restrict women’s right to choice, cut off federal funding to organizations that perform abortions (including local hospitals) and even passing a bill mandating that doctors give women blatantly false “information materials” that directly link abortion to breast cancer–a scare tactic frequently used in crisis pregnancy centers to dissuade women from their decision to pursue an abortion procedure.

Its most recent venture? A bill placing further restraints on late-term abortions–procedures already banned under federal law, which allows an exception for women whose lives are in danger.

Last Friday, Governor John Lynch vetoed the bill, which was the only anti-abortion measure to be considered during this legislative session. The measure had passed in the Senate with an 18-5 vote–a surprising success, as the Senate boasts a recent history of killing several restrictive abortion bills put to task by the conservative House.

In his veto statement, Gov. Lynch explained that requiring two independent physicians from separate practices to assess the necessity of the procedure was unwarranted and potentially dangerous:

The lapse of time in finding that second physician and obtaining the needed referral could be significant and could result in the death of the pregnant woman.

Not to be outdone, House Speaker William O’Brien, who has championed several anti-choice bills during his time in office, announced in a written statement that overriding the veto will be “a priority,” describing Gov. Lynch’s veto of the “responsible bill” as “unfathomable.”

After all, Gov. Lynch doesn’t have the last word, and the New Hampshire House has a history of challenging his pro-choice stance. Just last year, the then-Republican-led legislature voted 266-102 to overturn his veto of a bill that required minors to notify their parents before seeking abortions, with no exception for cases of rape or incest.