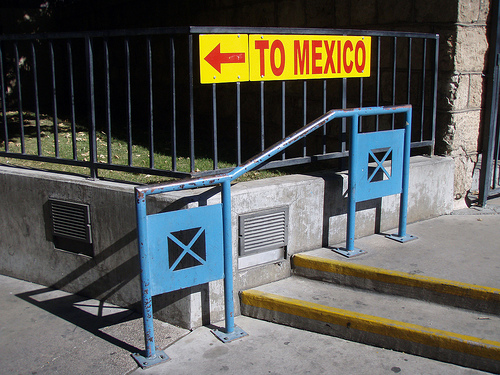 Arizona will remain home to the harshest anti-immigration legislation in the nation after the Supreme Court’s divided ruling on Arizona v. United States, the high-profile case on the 2010 anti-immigration act that many critics deemed overreaching, degrading and an overall harassment of Latino citizens and immigrants.

The Supreme Court delivered a split decision Monday on the contentious “show me your papers” law (SB 1070), a package of strict provisions targeted at the state’s large and increasing immigrant population. But in a unanimous decision, the Court upheld the bill’s most controversial provision: Police enforcers are required to check the immigration status of those they stop or arrest if they have reason to suspect the individual is an illegal immigrant.

However, not all of the news was bad. In a 6-3 majority ruling, the Court struck down three other parts of the law: barring illegal immigrants from finding work or working, allowing police officers to arrest suspected illegal individuals without warrants and criminalizing immigrants for failing to register under federal law.

Writing for five justices, Justice Anthony M. Kennedy stated that the other parts of the law could not be enacted because they conflict with the federal government’s power in setting and enforcing immigration policy:

Arizona may have understandable frustrations with the problems caused by illegal immigration while that process continues, but the state may not pursue policies that undermine federal law.

The ruling is a bittersweet victory for immigrants residing in Arizona and around the nation, coming just one week after President Obama granted the children of illegal immigrants—the “DREAMers,” numbering about 800,000 young adults—the right to remain in the U.S. for education and work under certain conditions. Although the Obama administration sued the Arizona state government in 2010, attempting to block SB 1070, the president said in a statement Monday that he was “pleased” with the Supreme Court’s ruling. He does, however, have reservations about the Court upholding the checking of immigration status by police officers:

I remain concerned about the practical impact of the remaining provision of the Arizona law that requires local law enforcement officials to check the immigration status of anyone they even suspect to be here illegally. I agree with the Court that individuals cannot be detained solely to verify their immigration status. No American should ever live under a cloud of suspicion just because of what they look like.

Much of the opposition to the “show me your papers” law came from civil rights activists and the Latino community, who argued that the law blatantly discriminates and racially profiles. According to a May 2012 poll from Latino Decisions and the National Council of La Raza, 81 percent of Latino voters registered in Arizona reject the law, while 72 percent believe Latinos would be overwhelmingly targeted by authority. Another 85 percent feared it would lead to police officers stopping legal immigrants or U.S. born citizens.

Latino Congressmembers have also been instrumental in blocking Arizona’s immigration policy. Rep. Raúl M. Grijalva (D-Ariz.), whose district includes parts of Tucson and runs adjacent to the Mexico border, said after the hearing that not only does the law give too much constitutional power to state governments, but it also has devastating personal, moral and civil effects:

Two years ago, Gov. Jan Brewer signed SB 1070 into lawandset a political fire that we’ve seen spread across the country. We’ve seen firsthand the humanitarian and economic injustices SB 1070 has caused – the harassment and profiling of those who appear ‘foreign,’the unjustified separation of families,and the devastation of our local and regional economy.

However, one of the most high-profile Latino politicians in the country (and frontrunner for the vice presidential bid), Sen. Marco Rubio (R-Fla.), said today that while the “show me your papers” law is not ideal and should not be adopted by other states, Arizona had a right to pass it.

But here’s the problem: Other states have adopted Arizona’s “show me your papers” law since it passed in 2010, using Arizona as a model. The Court’s split decision now means the anti-immigration laws in states such as Alabama, Georgia, Indiana, South Carolina and Utah must be revisited to determine their constitutionality.