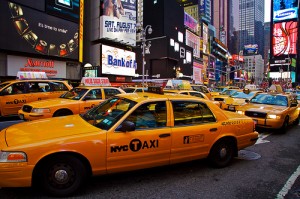 We’re told that being a prostitute will mark a woman for life. Yet after several millennia of practice, lawmakers and social reformers still struggle to identify what a sex worker looks like.

“You know,” Mayor Michael Bloomberg said (in a June 15 appearance on WOR’s perfectly named “The John Gambling Show”) when asked what might go wrong with a bill that could penalize taxi drivers who knowingly transport people in the sex trade, “if I were a young lady and I dressed in a ‘sporty way’–or however you want to phrase it, and there’s nothing wrong with that–I would not want somebody thinking that I’m a prostitute.”

Has Mayor Stop-and-Frisk given pause on an issue of criminal profiling? Even the reliably hooker-baiting New York Post came out swinging against the bill, citing a protest held by women bartenders, who “aren’t hookers–they just look like they can be!,” concerned that cab drivers would leave them stranded for fear of getting stung.

The intention of this bill, according to proponents like New York City Council Speaker (and mayoral hopeful) Christine Quinn, is to make it undesirable for taxi and livery drivers in the city to risk any involvement in what they call “sex trafficking.” But the bill doesn’t actually say that: It hits taxi and livery drivers with a $10,000 fine and the revocation of their license if they “knowingly allow” their vehicle to be “used for the purpose of promoting prostitution.”

Attorneys at the Sex Workers Project (SWP) have argued that language like “promoting prostitution” is too vague. SWP co-director Sienna Baskin said in testimony to the city council:

It could include anyone who knowingly aids another person to commit prostitution and anyone who receives money from someone else, knowing it came from prostitution.

No matter what the bill’s intentions, cab drivers could end up passing up fares from sex workers–or people they think might be sex workers.

Bloomberg is overstating the issue a bit: No matter how they are dressed, it’s unlikely his daughters would be profiled as prostitutes. But he’s not wrong: There’s simply no way taxi drivers can tell if the woman riding in their backseat is doing sex work, and whether or not she has been compelled or forced to, just by picking her up as a fare.

Putting such a law into practice in a culture that harbors intense myths and fears about what a “prostitute” looks like only ends up perpetuating dated and sexist notions of how women ought to conduct themselves in public, which in turn can put women in danger.

At the turn of the last century, the phrase “public woman” was still synonymous with a woman in the sex trade, based on the notion that women’s work was to be confined within the home and, besides, wasn’t really work. The low-wage jobs available to working-class and some immigrant women took them outside the domestic sphere, offered them a measure of freedom, and for the first time, their own money. That mobility, as much as their growing financial independence, made those young women suspect in the eyes of social reformers.

The social welfare reformer Jane Addams warned that girls who took jobs in department stores might be especially likely to become prostitutes. “It is perhaps in the department store more than anywhere else,” Addams wrote in her 1912 treatise A New Conscience and An Ancient Evil, “that every possible weakness in a girl is detected and traded upon.”

Addams’ remedy to such a threat? Educating young women and their caretakers on how essential it is that they must remain chaste. Women, in Addams’ estimation, could bring about a world in which they not fear being “despoiled” if they abstain not just from sex but from public amusements—rather than fighting to ensure their right to work and take up space in the public sphere without fear of rape or violence.

With the agitation of Addams and other reformers of her time, laws against prostitution and “white slavery” swept the states. While some reformers meant for the laws to allow them to separate “innocent” victims from those “fallen women” who chose prostitution, the result was the closure of red-light districts in American cities, including raids on businesses that allowed prostitutes to patronize them and rooming houses that allowed prostitutes to live and work there.

All this was done in the name of “protecting” women, and yet prostitutes found themselves out in the cold, or pushed to work for managers who could act as go-betweens with customers and landlords, protecting the prostitutes from being known as prostitutes or discriminated against. The laws that were supposed to protect them ended up pushing prostitutes to the margins of cities and the social order itself.

Such attitudes–vintage victim-blaming or slut-shaming, meant to “save women” from themselves–shifted only slightly at the dawn of women’s liberation and the sexual revolution.

When a young San Franciscan named Margo St. James was arrested and charged with prostitution in 1962, she attempted to defend herself to the judge, saying, “Your honor, I’ve never turned a trick in my life.” According to St. James, the judge replied that he knew she must be a prostitute because “anyone who knows the language is obviously a professional.”

It was only after this encounter with the law that St. James became a prostitute, going on to found one of the first organizations in the United States to organize for sex workers’ rights, COYOTE (Call Off Your Old Tired Ethics). By the 1970s, COYOTE had succeeded in getting the National Organization for Women to adopt the decriminalization of prostitution as a policy platform.

Even as some corners of the feminist movement reconsidered prostitution laws and the damage done, a national backlash was on against gains made by the women’s and gay liberation movements. In 1976, New York state passed a law criminalizing “loitering for the purposes of prostitution.” In reality, the law gave them the power to stop and question women walking in neighborhoods known for prostitution, or for “looking like” a prostitute in a neighborhood she “shouldn’t” be in.

Loitering-with-intent charges are still brought against women today, and against women of color and trans women far more often than white women and cisgender women. Women also rarely fight these charges, as St. James did. The rise of “anti-prostitution zones” in cities like Washington, D.C. means that women can face arrest simply for entering one of these areas, declared at the discretion of the police. In practice, cops rely on racial and gender profiling in enforcement, a feminized version of “stop and frisk.”

Jane Addams’ philosophy is still alive, only with a pseudo-feminist twist. In a training for Georgia law enforcement offered by the anti-prostitution campaign “A Future, Not A Past” (AFNAP), they suggest ways that cops can identify young women in the sex trade. A few of the warning signs? “Inappropriate dress, including oversized clothing or overtly sexy clothing.” “Poor personal hygiene.” “Older boyfriend.” Acting “angry” and “tearful.” They also warn parents of daughters to be wary of “rumors among students regarding sexual activity—which your child may not necessarily deny.”

A hundred years of incoherent law has delivered us to a point in history where prostitution is as illegal as it ever has been, and yet politicians demand more laws against it. Contemporary anti-prostitution activists claim more women than ever before are trapped in what they have begun to call “modern-day slavery,” and yet, these advocates tell us they are hard to find. Neither prong of the anti-prostitution cause seems to consider how these laws against sex work drive its invisibility and can turn any woman deemed to be doing the wrong thing in the wrong place at the wrong time into a suspect or a criminal.