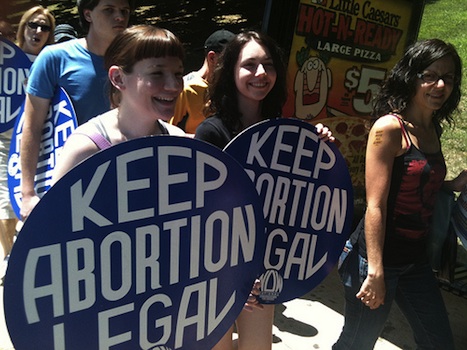 A measure to declare fertilized eggs “persons” with full constitutional rights met its makers in Ohio today after failing to receive enough signatures from Ohio voters. The measure, which advocated for amending the state’s constitution, garnered a mere 30,000 of the estimated 385,000 signatures necessary to be placed on the statewide ballot this November.

The anti-abortion group pushing for the amendment’s passage, Personhood Ohio, had until Wednesday to gather the signatures and submit them to state officials. Personhood Ohio promises to continue soliciting signatures for 2013.

Numerous anti-choice state legislators are pushing for personhood bills, but without success. In Oklahoma, for example, the House Republican Caucus voted not to advance such a bill last spring, and in Virginia the state senate killed a similar personhood bill. Nonetheless, voters should remain wary of these bills and amendments, since they keep being put forth.