Saudi Women Athletes Are Going to the Games! - Ms. Magazine
Skip to content 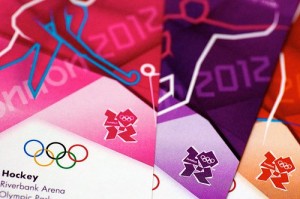 After back-and-forth, will-she-won’t-she news reports about Saudi Arabia sending its first women to compete in the Olympics, the word has now come down that two Saudi women–800-meter track runner Sarah Attar and judoist Wodjan Ali Seraj Abdulrahim Shahrkhani–have made the team.

Attar, who trains in the U.S., said, “It’s such a huge honor and I hope that it can really make some big strides for women over there to get more involved in sport.”

The entrance of the two Saudi women athletes means that this will be the first Olympic Games in which every competing nation will have women entrants.

Also sending women to the Games for the first time are the Middle Eastern countries of Brunei and Qatar. Maziah Mahusin of Brunei will complete in track and field, while Qatar has entered swimmer Nada Arkaji, track athlete Noor al-Malki, table tennis player Aya Magdy and shooter Bahiya al-Hamad. The latter will also carry Qatar’s flag at the opening ceremony.

U.S. TV coverage of the Games is usually quite U.S.-centric, but let’s hope some cameras are focused on these groundbreaking women so we can cheer them on!

Photo of tickets for London Olympics from Flickr user p_a_h under license from Creative Commons 2.0