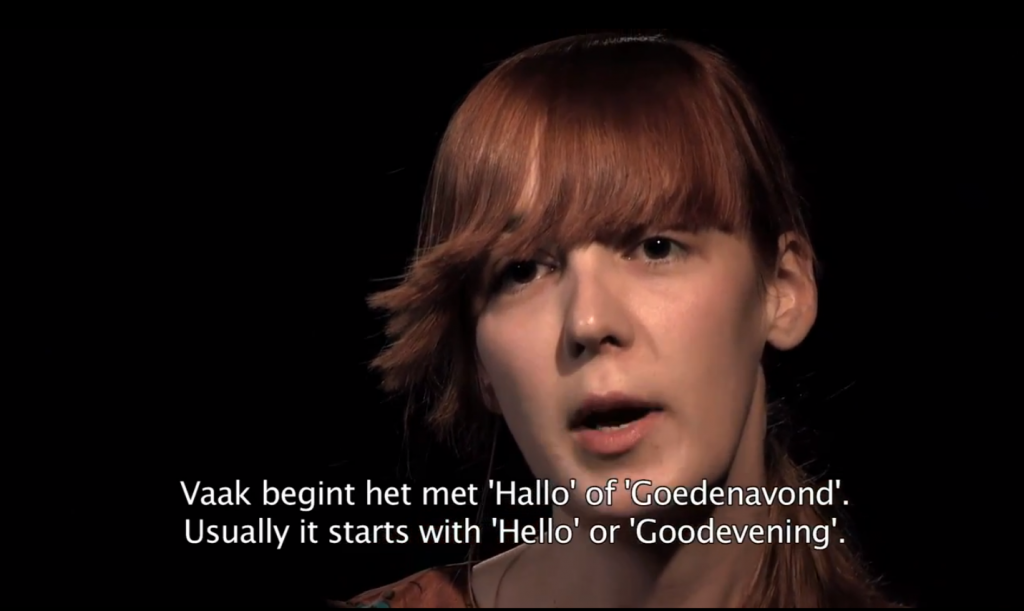 One day, during a typical 15-minute walk from her office to her apartment in the center of Brussels, 25-year-old graduate film student Sofie Peeters was harassed 11 times.

To channel her frustration with her inability to commute in peace, she produced a short documentary for her final school project called Femme de la Rue  (Woman of the Street). The undeniable display of street harassment in the film made it and her story go viral, drawing global attention to the problem.

Using a hidden camera, Peeters captured men saying, “sexy butt” and “naughty slut,” leering and making “pssst” sounds as she walked by. A few men marched alongside her, repeatedly asking for her phone number or a date and then calling her a slut or a whore when she politely refused. In the film, Peeters also interviewed women about their similar experiences.

While the documentary was filmed in Brussels, the behavior captured occurs in cities worldwide, as demonstrated by the stories women share on the Hollaback chapter blogs and websites such as Stop Street Harassment, HarassMap and Blank Noise. The 1998 documentary War Zone captures similar behavior in four major U.S. cities.

Supporting the stories and film footage, the few studies on the subject reveal that more than 80 percent of women experience street harassment in Canada, Egypt, Israel, Pakistan, Yemen and the U.S., and a recent poll found that four in 10 young women were street-harassed in London just last year.

Street harassment negatively impacts women’s lives. A recent survey for Gallup conducted in 143 countries shows that significantly more women than men feel unsafe walking alone at night, and street harassment is undoubtedly a large reason why. In the film, women that Peeters interviewed shared how, because of street harassment, they avoid eye contact with men, change how they dress, alter their routes, stay off public transportation at night and listen to iPods. One woman said street harassment led her to move neighborhoods.

While the documentation of street harassment and its impact is growing, we know less about why it happens. What little we know mostly comes from women such as War Zone producer Maggie Hadleigh-West who interview their harassers. Showing off for friends, “Just saying hi,” and, “I don’t know” (because it’s so culturally ingrained), are examples of responses she received.

Peeters asked the men in her neighborhood, “Why do you do that?” One admitted that 99 percent of the time his tactics “never succeed” in helping him meet women, but, “There’s time to be filled. It’s great to fill it like that.”

Sexual frustrations and being inundated by media and advertising images of women in sexually suggestive poses were other reasons men gave for their sexually aggressive behavior.

A few told Peeters that the only way women can avoid harassment is to have a man with them or to wear a wedding ring and say they are married. When Peeters asked if there was nothing else she could do, one man said, “You just need to remain silent. [His friends laugh.] If you respond, then they will consider you someone asking for it. Put earphones on, like all the other girls. And let them talk.”

The men in Peeters’ film are primarily Arab (several of the women she interviewed are, too) and she faces criticisms of racism. She responded by saying only a small portion of foreign men are harassers, and her film is a testament to the social situation of some immigrants: There are a lot of foreign men with little more to do than sit in cafes and in parks and bother women.

Given how universal street harassment is, I wonder if the actuality is that Peeters’ film only looks at one area of Brussels, and as cities are often at least loosely segregated by nationality or race or socioeconomic status, a similar film produced in other neighborhoods of the city would pinpoint different kinds of harassers. Street harassment, after all, is a symptom of and contributor to patriarchy, and most modern cultures, not just Islamic ones, are patriarchal.

Whatever its limitations, the documentary is having an impact.

Joëlle Milquet, Belgian interior minister, saw the film in late July and reaffirmed her plans to introduce a bill before Parliament next month that will legally define sexism, including street harassment, and attach penalties for committing it. A fine of €250 is one possibility. It is unclear how legislators plan to enforce the law, and some activists fear it may have a disproportionate impact on immigrants.

Even if a well-written law against sexism passes, it is the discussions about street harassment that will do the most to stop it since they raise people’s awareness and can change mindsets.

In this sense, the film is having a great impact, too. Its coverage in international news and social media is sparking conversations globally. In France, for example, one man on Twitter thought Peeters’ experience was unusual until scores of women in France responded with their stories using the hashtag #harcelementderue.

For Peeters, just by talking to men in her neighborhood for the film made them think about their behavior and Peeters differently. She said the men respect her now. If her film can inspire initiatives and conversations that will increase men’s respect for women, that may be its most important contribution.