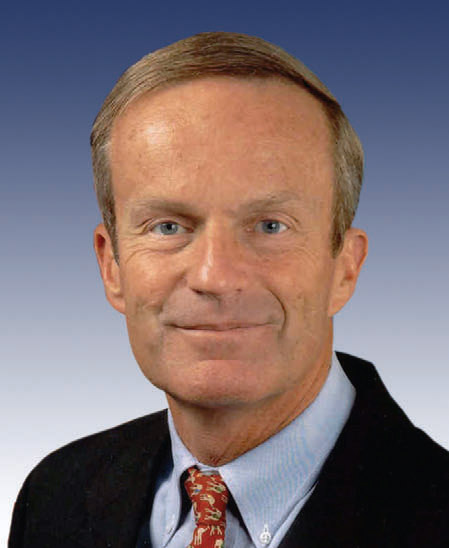 In a stunning display of misinformation, sexism and chutzpah, anti-choice Rep. Todd Akin (R-Mo.) said yesterday that, from what he understands, “legitimate rape” rarely results in pregnancy, because women’s bodies can somehow stop it from happening.

In an interview with The Jaco Report, aired on the news station KTVI-TV (a FOX affiliate), Akin justified his no-exceptions view against abortion, even in cases of rape, by saying,

First of all, from what I understand from doctors, [pregnancy from rape] is really rare. … If it’s a legitimate rape, the female body has ways to try to shut that whole thing down. But let’s assume that maybe that didn’t work or something. I think there should be some punishment, but the punishment ought to be on the rapist and not attacking the child.

Akin, who just two weeks ago won the Republican nomination in Missouri’s Senate race, now faces a party turned against him. Minority leader Sen. Mitch McConnell (R-Ky.) condemned Akin’s comments, urging him to consider his options, and the national GOP pulled his funding. The Romney campaign also is trying distance itself from Akin, releasing a statement late last night claiming Romney and his running mate, Rep. Paul Ryan (R-Wis.), believe abortion should be allowed in cases of rape.

President Obama addressed Akin’s comments in a surprise press conference this morning, deeming them “offensive” and “way out there:”

Rape is rape. And the idea that we should be parsing and qualifying and slicing what types of rape we’re talking about doesn’t make sense to the American people and doesn’t make sense to me. What I think these comments do underscore is why we shouldn’t have a bunch of politicians–the majority of whom are men–making decisions [about women’s health].

Akin’s views are not unlike those long espoused by other hardline conservatives, reports The Atlantic‘s Garance Franke-Ruta. Women, some of them say, might be crying rape in order to deceitfully obtain abortions. Idaho state Sen. Chuck Winder, who earlier this year sponsored a mandatory ultrasound bill,  went so far as to suggest women might not really understand if they’ve actually been raped.

As if we needed them, statistics back up the obvious: Womens’ bodies don’t have some magical antidote to rapist sperm, and rape can result in pregnancy. A 1996 medical study found that more than 32,000 pregnancies result from rape every year in the U.S. Akin, Winder and other extreme anti-choicers should know the facts before espousing their ludicrous ideology.