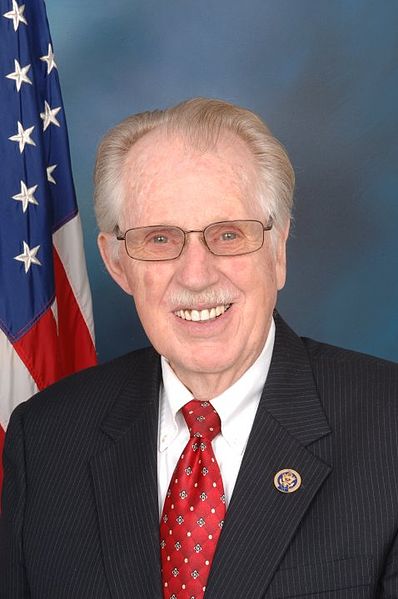 The latest entry in the headache-inducing saga of politicians attempting to debunk the fact that women can become pregnant from rape comes from Rep. Roscoe Bartlett (R-MD), an anti-choice congressperson who believes in abortion exceptions for rape but only because they are so small in number.

While speaking at a town hall meeting this week, Rep. Bartlett claimed that more women undergo sex-selection abortions than get pregnant from rape. In fact, he said, sex-selection was the second-most prevalent reason for women to abort their pregnancies:

There are very few pregnancies as a result of rape, fortunately, and incest—compared to the usual abortion, what is the percentage of abortions for rape? It is tiny. It is a tiny, tiny percentage. … Most abortions, most abortions are for what purpose? They just don’t want to have a baby! The second reason for abortion is you’d like a boy and it’s a girl, or vice versa. …

Actually, Rep. Bartlett, there are quite a few pregnancies as a result of rape—an estimated 32,000 per year. Considering that roughly 207,000 women are raped each year, that means 15.5 percent of all rape and sexual assault victims become pregnant. An estimated 9,100 rape victims—roughly 29 percent of the 32,000 women who become pregnant from rape—decide to have abortions.

They were a little-talked-about issue in the U.S. until this year, when the House tried—and failed—to pass a bill last spring that would bar them. Around that time, many anti-choice groups, including the Lila Rose-fronted Live Action, hyped sex-selection abortions as a rapidly spreading epidemic in America—despite there being virtually no evidence to back this purported trend.

There is, however, evidence to prove the sex-selection abortions are not a common occurrence in America. Though the nation’s birth and fertility rates have fallen, the Center for Disease Control and Prevention reports that the sex ratio has been evening out—rather than becoming imbalanced, as would happen if parents were sex-selecting. Furthermore, the earliest time an ultrasound can determine the sex of the fetus is between weeks 18 and 22—a time when few abortions are performed. According to the Guttmacher Institute, less than 1.5 percent of abortions are performed after the 20-week mark, and most because of health issues involving the fetus, the woman, or both.

Not only does Rep. Bartlett have it all wrong about the “second reason for abortion,” but his first reason—”they just don’t want to have a baby!” is at the least an oversimplification and, more accurately, insulting to women’s decision-making process. Many factors—including health, age, finances, relationship instability or inability to care for dependents—impact a woman’s decision to have an abortion.

But one factor should always remain the same: The decision to have an abortion should be between a woman and her doctor, not her congressperson.