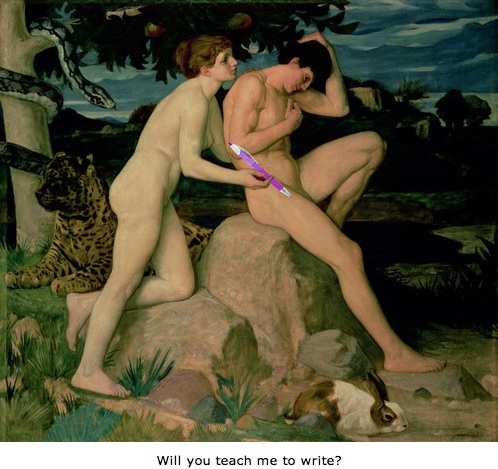 Not long after Bic launched its new line of “Bic for Her” ballpoint pens—boasting an “elegant design” that “features a thin barrel to fit a women’s hand”—women and men alike hopped on Amazon.com to bombard the product page with hilarious and brilliantly snarky reviews.

One woman writes, “Someone has answered my gentle prayers and FINALLY designed a pen that I can use all month long! I use it when I’m swimming, riding a horse, walking on the beach and doing yoga.” A man posts, “As if men hadn’t been stripped of everything good already, Bic steps in and piles on by encouraging women to learn to write, just like their male counterparts.”

Thanks to the women’s movement, consumers today often are quick to poke holes in such absurdly gendered products. But this wasn’t always the case. In fact, less than 50 years ago, many Americans believed that women did, in fact, need everyday objects to be more elegant, delicate and pink.

Between the late ’40s and the early ’70s, everything from golf balls and telephones to toy trains—and yes, ballpoint pens—were made in pastel “for her” colors and marketed toward women. The 1962 pastel Lady Capri pen by Paper Mate was billed as “completely feminine” and “practical for women who demand heavy duty pen elegance,” able to write “even over cold cream.”

Feminist writer Lynn Peril, the author of Pink Think: Becoming a Woman in Many Uneasy Lessons, explains that mid-century manufacturers realized that if you take an ordinary object, turn it pink and put the word “Lady” in front of the name, then you’ve created a product “for women” that can be sold for more money. Peril coined the term “Pink Think” to describe this particular phenomenon, which she defines as “a group-think about what constitutes ‘proper’ female behavior.”

“Pink Think assumes there is a standard to which all women—no matter their age, race, or body type—must aspire,” she says. “It’s the idea that women and girls are gentle, soft, delicate and nurturing, made of sugar and spice and everything nice. ‘Femininity’ is sometimes a code word for this mythical standard.”

Peril says this particular version of “femininity” was borne out of the end of World War II. “After the war, you had this huge rush of consumerism, and the economy was just humming along,” she says. “But returning vets needed jobs. So middle-class women—who had worked in factories during the war—were being not-so-gently prodded to focus on their roles as homemakers and wives. And manufacturers were willing to give them all kinds of new products to make them happy in the home, whether it was washers and dryers or beautiful pink Princess phones.” 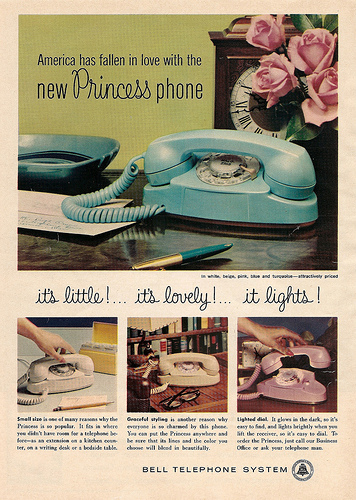 But in the ’70s, the women’s movement brought Pink Think to a halt—or gave it a pause, at least. “The second wave of feminism made women aware of the con that was being pulled on them,” Peril says.

The idea that pink, in particular, is a color for girls is a relatively new concept. Louisa May Alcott’s 1860s novel Little Women is the first-known reference to this tradition: In the book, the sex of fraternal twin babies is identified with ribbons, pink for the girl and blue for the boy. However, it wasn’t until after World War II that this custom was widely adopted in the United States.

pink was a fashion color that was for men or for women. So you had Elvis wearing awesome pink shirts and pink suits and driving a pink Cadillac, because pink is the ‘it’ color of 1955. It’s probably not until after that people started getting into the idea that pink is ‘for girls only.’ And now that’s the only thing that it means, right?”

Pink Think seems to have re-emerged in the new millennium with the popularity of the Disney Princess line for little girls and even “pinkified” products for adults like tool kits and ballpoint pens.

“I’m happy that people are seeing right through the Bic for Her positioning,” Peril says. “But I have to say, I was a bit shocked. I didn’t realize that the level of idiocy that those pens represent was still going on. We’ve really jumped backward with the gendered products introduced in the last 10 years, and it’s disconcerting. I’d thought we’d left this idiocy in the dust, but no, it’s back.”

The last product to cause a similar uproar was Lego’s new Friends sets, aimed at girls. Released six months ago, these sets came with pastel blocks and larger Lego “dolls,” with purses and accessories like brushes. These sets provide instructions to create beauty shops, cafes and animal shelters.

“Again, they’re taking this completely non-gendered toy that’s totally fun just as it is and trying to make it girly,” Peril says. “The hope is to create another market that’s based on the assumption that if you’re a girl, you can’t just play with the regular stuff. Then the regular stuff, which is non-gendered, will be the default toy for boys.

“When I was growing up everyone played with Legos,” she adds. “Nobody had to direct my play to make sure it was up to gender expectations.”

Excerpted with permission from Collectors Weekly.