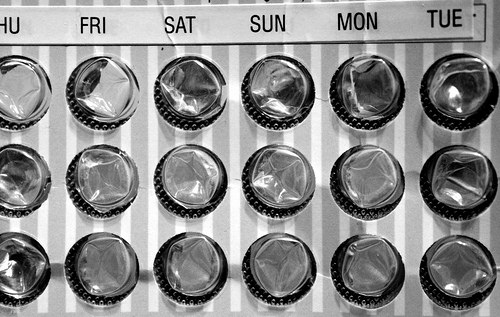 The debate in several states over women’s reproductive rights and care has implications for the care women will receive under the Patient Protection and Affordable Care Act (ACA).

The ACA provides preventive care, including contraceptive and reproductive services, with no copays. However, several states are attempting to defund Planned Parenthood and otherwise reduce support for women’s health centers, where many women receive both reproductive care and other health care services. While it has long been recognized that comprehensive care for men includes sexual and reproductive health, the same has not been true for women. For example, women’s health insurance plans have typically allowed exclusions in this area for pregnancy and even when it is not a “preexisting condition”; indeed, there are no comparable accepted options for excluding entire aspects of health care for men while providing them for women.

In contrast to those states, California is implementing policies that will improve access to these services and attempt to save money at the same time. Given the expected health and fiscal benefits, other states may want to study California’s approach as they look to implement the ACA themselves.

Specifically, Gov. Jerry Brown has signed the Timely Access to Birth Control bill (AB 2348) into law, which uses an approach that, if fully implemented, can save the state a significant amount of money over the mid- to long-run. The law allows registered nurses to dispense hormonal contraceptives, including the pill. By allowing RNs to deliver such care–which is within their skills and training–doctors and nurse practitioners may be freed up to focus on more complex patient visits.  Thus, the law promises both to increase women’s access to reliable contraceptives and reduce the costs of delivering that care.

Recent political discussions about access have typically not included discussion of increases in women’s education, employment and career continuity, all of which are attributable in part to the availability of highly reliable contraception. A new study by the Guttmacher Institute confirms that a majority of women report that contraception has had a significant impact on their lives by allowing them to take better care of themselves or their families (63 percent), support themselves financially (56 percent), complete their education or get or keep a job (50 percent).

In a Mother’s Day piece for the Ms. blog, I pointed to the savings that contraception generates for employers, insurers and taxpayers. A public dollar invested in contraception saves roughly $4 in Medicaid expenditures–or $5.1 billion in 2008–not to mention the broader health, social and economic benefits.  Moreover, a 2010 study in California of a Medicaid family planning program found that every dollar spent saved the public sector more than $9 [PDF] in averted costs for public health and welfare over five years. California legislators were swayed by the potentially significant cost savings as well as the social and economic benefits of improving timely access to reliable contraception.

On the national front, the goal of the ACA is to expand access to health care for Americans, especially those who currently lack health insurance. But the law also prioritizes improvements in the quality of care and reductions in costs.  As we look for ways to provide efficient, high-quality and cost-effective healthcare to more Americans, states may study California as a potential model for how to do more to deliver on what the ACA has to offer women, while saving money at the same time.

A version of this post previously appeared on the RAND blog.

Chloe E. Bird, PhD, is a senior sociologist at the RAND Corporation, a nonprofit, nonpartisan research organization. She is also a Professor of Sociology at the Pardee RAND Graduate School, Associate Editor of Women’s Health Issues, and Deputy Editor of Journal of Health and Social Behavior. Her research focuses on assessing the determinants of gender and racial/ethnic differences in physical and mental health and health care. Dr. Bird is particularly interested in determining how social and physical characteristics of neighborhoods contribute to health disparities. She is Principal Investigator of two National Heart, Lung, and Blood Institute (NHLBI) funded studies. One assesses neighborhood effects on incident cardiovascular disease among women based on data from the Women’s Health Initiative; the other examines the impact of neighborhoods and behaviors on men’s and women’s cardiovascular mortality using geocoded mortality-linked NHANES data. In her book, Gender and Health: The Effects of Constrained Choice and Social Policies, she and coauthor Patricia Rieker integrate social and biological models to improve understanding of how differences in men’s and women’s lives contribute to differences in their health. This work expands the study of health and health disparities by shedding light on the how decisions beyond the level of the individual shape men’s and women’s opportunities to purse a healthy life.