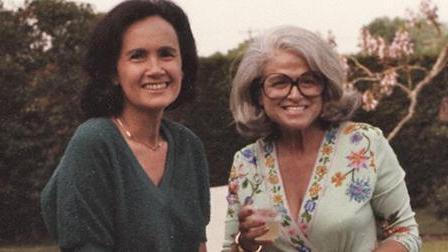 What if the federal government decided to require fertility tests for married couples and declared that only couples capable of having children could marry and receive the marriage benefits? Or, what if a powerful coalition of Christian or Jewish or Buddhist (why not?) congresspeople decided that the government would only recognize marriages between people of that faith, and then pushed through legislation to define marriage accordingly?

It sounds absurd, but now that marriage for same-sex couples is legal in six states plus the District of Columbia, that’s pretty much what the Defense of Marriage Act (DOMA) does at the federal level. According to DOMA,

the word ‘marriage’ means only a legal union between one man and one woman as husband and wife, and the word ‘spouse’ refers only to a person of the opposite sex who is a husband or a wife. (DOMA text pdf)

Enacted in 1996 by a Congress that didn’t even pretend to hide its hostility toward lesbians and gay men, DOMA drew a line in the sand on marriage and declared that sex would be the litmus test for federally recognized unions. At that time, no states had legalized marriage for same-sex couples, but DOMA sought to prevent any prospective lesbian or gay “legal unions” from receiving the federal stamp of approval.

In the latest smack-down of DOMA, the Second Appeals Court decision (pdf) in the case of Windsor v. United States, federal judges ruled that the U.S. government cannot discriminate against lesbians and gay men when it comes to marriage. This is the eighth time that DOMA has lost in court, and the Windsor ruling adds a new dimension to the trial precedents by declaring that homosexuals are a “quasi-suspect class” and that any laws enacted against people in this group must promote some obvious public good. The decision draws parallels between the status of women and that of homosexuals, citing case law: “Their position ‘has improved markedly in recent decades,’ but they still ‘face pervasive, although at times more subtle, discrimination … in the political arena.'”

Opponents of marriage equality—and of gay rights in general—have fought to prevent homosexuals from being legally identified as a suspect or quasi-suspect class precisely because this classification would identify lesbians and gay men as singled-out targets of discrimination and would offer greater legal protection against discrimination. In the case of marriage equality, the government would need to demonstrate that some public good arises from preventing lesbian and gay men from calling their unions marriage. The Windsor case has made history by pushing this issue to the forefront.

The story of Edith (Edie) Windsor, now 83, makes abundantly clear just how unjust DOMA is, and highlights the penalties it imposes on lesbian and gay U.S. citizens and their spouses (defined not by the gender binary, but by the laws of their states and by genuine relationships). When Edie met Thea Spyer in the 1960s, gay culture was still largely underground. They fell head-over-heels in love, and when they became engaged, Edie didn’t feel like she could wear a ring because it would draw unwanted and potentially damaging attention to their union. Instead, she wore a circle pin to signify their commitment. For 40 years they loved and waited, facing all the joys and sorrows that come to couples united for life. In their last decade together, Edie cared for Thea in increasing sickness—Thea had multiple sclerosis—and in 2007, just two years before Thea’s death, the couple legally married in Canada. Their love story is beautifully chronicled in the documentary film Edie and Thea: A Very Long Engagement.

Because of DOMA, when Thea died, in addition to coping with the loss of her beloved spouse, Edie was also forced to raise $363,053 in estate taxes because the federal government refused to recognize their legal marriage and treated them as legal strangers. That’s when Edie decided to sue, and her case is likely to go before the Supreme Court during this session, along with several other cases that challenge the constitutionality of DOMA. If SCOTUS upholds the Second Circuit decision, then the quasi-suspect class designation would no doubt be used in future gay rights cases, marking a major advance for our country in treating all citizens equally and preventing discrimination.

The other DOMA cases that may come before the Supreme Court this session do not directly affect the numerous marriage bans around the country, and the Windsor case is specifically concerned with discrimination at the federal level against couples whose marriages are recognized by their home states. However–and this is a big deal–the quasi-suspect class designation sets an important legal precedent with regard to ballot initiatives in which the majority gets to vote on minority rights. The Second Court decision states that homosexuals, as a quasi-suspect class, “are not in a position to adequately protect themselves from the discriminatory wishes of the majoritarian public.”

Married same-sex couples exist. We’re here (my wife and I are included in this group), and we’re living in states that recognize our marriages and support us. When DOMA was enacted, Congress viewed marriage between same-sex couples as something far-fetched and improbable, a hypothetical they wanted to head off at the pass. Well, we’re long past that point now, and the same people who stand up to try to keep DOMA in place are the ones who tend to support states’ rights in other arenas. (Of course, these are also some of the same people who shout down “big government” but then want to get inside women’s wombs and vaginas.)

The arguments advanced by the defenders of DOMA just don’t hold up. For instance, the idea that it encourages “responsible procreation,” as BLAG, the congressional group representing DOMA in court because the Department of Justice refuses to do so, contends is ludicrous. No one can force married couples to have children, nor can they force a couple who conceives a child to get married–yet. Furthermore, DOMA does nothing to encourage or discourage procreation for heterosexual couples.

What DOMA does clearly do is set up two classes of married people in this country. Married heterosexual couples, whose alliances are sanctioned–and rewarded–by the federal government, and married lesbian and gay couples, whose legal unions are dismissed and unfairly penalized.

Edie Windsor believes that justice will be served in her case and that her efforts can change the course of history for lesbian and gay Americans. “I love what we’re doing,” she told me in a phone conversation, “and I love the reaction of the whole community. Kids stop me on the street and thank me.” We should all thank Edie for her courage in standing up to an unjust and outdated piece of legislation. While we’re at it, we can be thankful for the United States Constitution, a document that will ultimately protect and extend marriage equality for everyone.