Catching Up With Ronee Blakley - Ms. Magazine
Skip to content 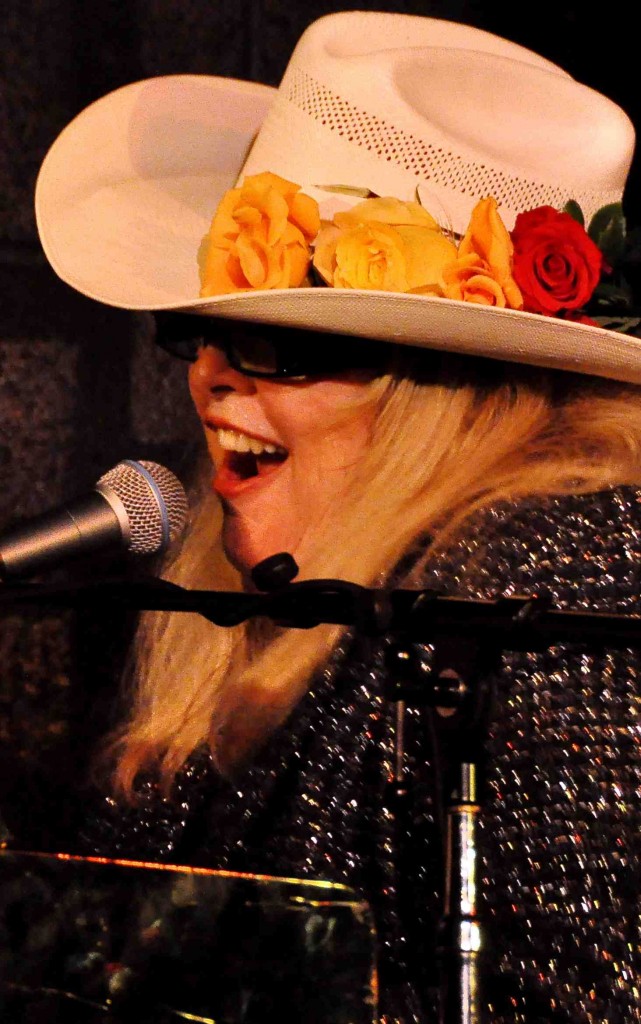 Remember Ronee Blakley in her Oscar-nominated performance as singer Barbara Jean in Robert Altman’s 1975 film Nashville? (If you haven’t seen the film, Netflix it!) Blakley played a frail, home-sweet-home girl with the blues, and she sang several songs (which she wrote) in the film, filled with sweet lyrics and a heartfelt twang. New Yorker film critic Pauline Kael wrote of Blakley’s performance,

This is Ronee Blakley’s first movie, and she puts most movie hysteria to shame. She achieves her gifts so simply, I wasn’t surprised when somebody sitting beside me started to cry. Perhaps, for the first time on the screen, one gets the sense of an artist being destroyed by her gifts.

Behind the frilled-petticoat image of Barbara Jean was the real-life Blakley, a feminist who has stood up and spoken out on many human right issues.

Back in the 1970s, she was asked to speak at an ERA legislation meeting in Florida. Standing on a chair, Blakley boldly told the all-male committee that, if the legislation passed, “Women will not lie bleeding in the trenches, and your penises will not be cut off.” Not surprisingly, her speech made it into the pages of Ms.

She attacked racism 1n 1975, harmonizing with Bob Dylan on his protest song “Hurricane,” which is about African American prizefighter Rubin “Hurricane” Carter, who many felt had been framed for murder. She also addressed, in spoken word and music, apartheid in South Africa and the Vietnam War. She wrote poems and songs that dug into the heart of injustices.

A powerful and dramatic live performer, Blakley took a break from recording, stage and film in the 1990s to raise her daughter, Sarah Blakley-Cartwright. She never stopped writing, though–and now she’s making a public reemergence. On the film side of things, she wrote, directed, produced and wrote/performed the soundtrack for the movie Of One Blood, which stars her daughter Sarah as a feminist incensed by the sexism of religion, politics and stereotyping. The film will be released in December 2012.

And Blakley is back doing live music as well. Just last week she performed to a full house at McCabe’s in West Los Angeles, her voice as sweet and strong as ever. She sang selections from her earlier albums, Welcome and Live at the Mint, as well as the song “I Need a New Sun Rising Every Morning” from the film in which she starred with Bob Dylan, Renaldo and Clara. Blakley then brought the audience up to date with songs from her newer album, The River Nile and her latest live album, Live at the Bitter End.

Blakley will be performing again at New York’s Bitter End in December. If you want a taste of the songs you might hear, check out this scene from Nashville: