Extradition is Tantamount to Trafficking in the Grace Grande Case - Ms. Magazine
Skip to content 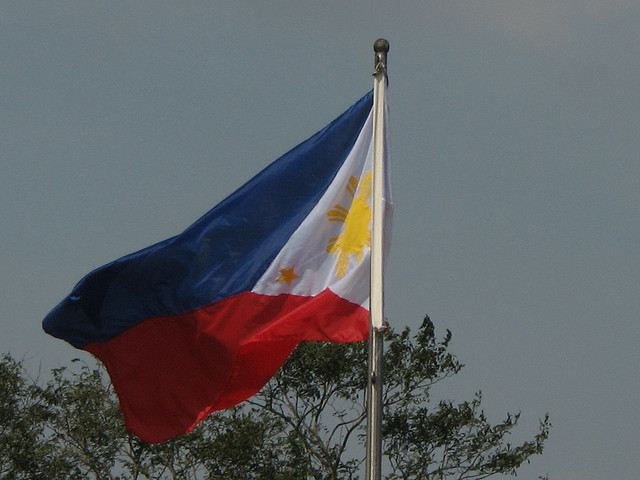 On Friday, Oct. 19, 40-year-old Grace Grande surrendered to the Los Angeles Attorney General’s office; she faces extradition hearings, based on a request from the Philippine government to the U.S. State Department.  The request alleges that Grande “stole” jewelry worth around $43,000 from a Nancy Manlangit, an employee of Philippine Congressman Patrick Antonio, with whom Ms. Grande had a 10-year relationship and by whom she has two sons. During that decade, Grande and her sons lived on the “down-low,” because the congressman was married. In 2007, the year the alleged theft took place, Grande had decided to end the relationship and left for the U.S.

What circumstance made Grande accept the life of a mistress–a querida or kabit in Philippine parlance–is no longer germane. A querida (which, ironically, is Spanish for beloved) has even less rights than a concubine, who is at least integrated into the patriarchal household.  The querida lives apart, often in isolation and surrounded by secrecy, with the man as the center of her life. He visits when he pleases; she is an accessory of his wealth, power and/or masculinity. He has rights over and to the querida; she has zero rights over him.  She is “kept,” private property. The system, learned from Spanish colonialism, is the underbelly of an absolute no-divorce government policy in the Philippines which, by and large, impacts women more harshly than men.

Queridas rarely fare well in the Philippines. In the end, they are abandoned, replaced by younger queridas, and become other men’s queridas. If they have daughters, it is likely they will become queridas as well. Dispensing with a querida is the man’s prerogative. Tales abound of queridas maimed, beaten up and/or killed when they choose to forgo the relationship. A politician during the administration of then-president Gloria Macapagal Arroyo, chided for severely beating up a mistress who had left him, gave the classic response: “I was kind at that; I didn’t kill her.” For those who are indeed killed, there’s little justice, as the social reaction is that she deserves whatever punishment is dealt her for “choosing” to be a querida. In addition, querida owners are powerful men who can corrupt, intimidate and manipulate government institutions and officials. Medical records disappear, instant alibis created, facts obfuscated.

Since 2007, when Grace Grande decided to end her status as a querida and raise her children within an ethical paradigm, she has suffered: six months imprisonment by the U.S. Immigration and Customs Enforcement (ICE), a five-year custody battle over her children and long-running court hearings on her political asylum petition as well as threats of legal and illegal persecution, bodily harm and loss of her children. For five years she and her children have been stalked and harassed.

Each incident seemed to have a separate cause, but the common thread binding them is the objective of compelling Grande to return to the Philippines and to the congressman’s power.  The theft charge, for instance, which was not investigated and was accepted by the Philippine court on the basis of affidavits, is grievous, as those accused of thefts of over $600 are not allowed bail in the Phillipines. If Grande is extradited, she will go directly to a Philippine prison, where anything can happen. Once she is in jail, her sons would likely be given over to their father. “If that happens, I can do nothing but return to him, “ said Grande, “as I will go where my children go.” In effect, she will be forced to return to sex slavery. (UPDATE: Grace Grande was allowed bail;  the judge chose three from the many community people offering to stand surety for her bail of $70,000–more than what she’s alleged to have stolen. Forums on her case are beginning to sprout in cities outside Los Angeles. Her supporters are putting together a letter to Secretary of State Hillary Clinton.)

There seems to be no way to stop this perversion of the U.S. legal process, which in this case virtually facilitates sex trafficking. As one lawyer commented, “I do not understand the aggressiveness with which this case against Grace Grande is being pursued.” Powerful institutions–from the Philippine juridical system to its foreign affairs department, from the U.S. Customs & Border Patrol to the U.S. embassy in Manila–seem to fall in line at the congressman’s command.  That may be par for the course in the Philippines, where justice misfires constantly, but as the U.S. issues an annual report that judges other countries on their efforts against trafficking, it is bitterly ironic.