What Does Sex Have to Do with World Peace? - Ms. Magazine
Skip to content 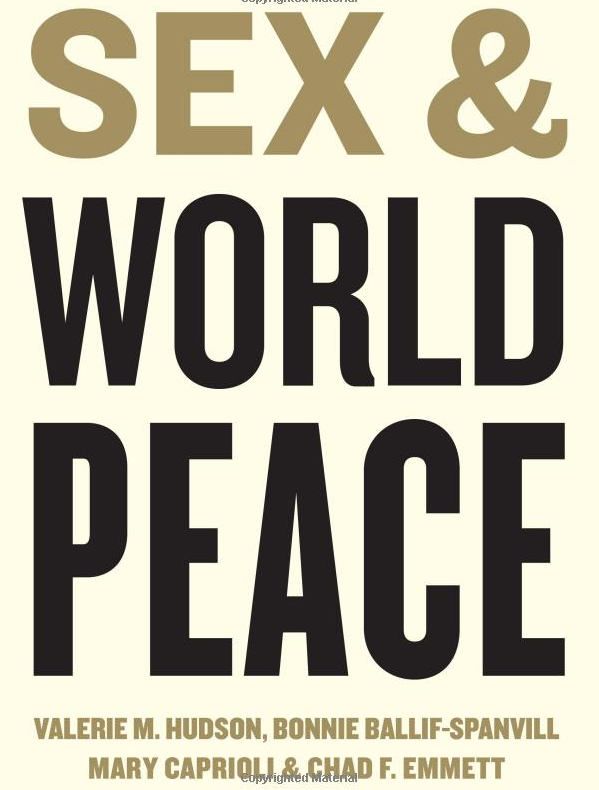 Last year, a quiet but powerful book, Sex and World Peace, was published by an interdisciplinary group of researchers and scholars. The authors, Valerie M. Hudson, Bonnie Ballif-Spanvill, Mary Caprioli and Chad F. Emmett, set out to demonstrate and document the complex but evident relationship between how girls and women are treated and the security of the states in which they live. The authors took the question, “How does a nation’s security affect the status of its women?” and asked instead, “Does the status of women affect a nation’s security?” The answer was a resounding, “Yes!” And their results and recommendations are startling in their power and clarity.

The book’s conclusions are compellingly derived from the authors’ construction and use of the WomanSTATS project and database, which contains more than 148,000 data points and includes more than 375 variables for 175 countries. It is the most comprehensive bank of data on the status of women in the world today, including information about everything from domestic violence, maternal mortality and rape to education and women’s political participation.

Recently, I was fortunate enough to interview Hudson, whose thinking led to the book. She is a professor of international affairs at The Bush School of Government and Public Service at Texas A&M University.  You might have heard her name before because she co-authored another landmark book, Bare Branches, which revealed the startling geopolitical effect of China’s son preference and sex-selection practices.

Ms.: Can you tell us what led to your writing Sex and World Peace?

Valerie Hudson: Bare Branches was me putting my toe in the water to say, “Is there any linkage between the security of women and the security of the nation’s they live in? Is there anything to this?” Well, yes, when you cull more than 100 million girls from the population, there are actually security consequences that the state is going to have to deal with. So, after that, I said, let’s take a broader look at all types of violence against women and ask ourselves what are the linkages between what’s happening to women and then what’s happening at the macro, state level.

The very clear thesis of the book is that the very best indicator and predictor of a state’s peacefulness is not wealth, military expenditures, or religion; the best predictor is how well its girls and women are treated. One thing that always comes up when people hear about your ideas, but haven’t read the book or used the data, is the question of correlation and causality. Can you address those objections?

Correlation is a way of corroborating a more in-depth, nuanced, micro-process tracing. We explored the micro processes and did the aggregate empirical analysis.

This is a Statistics 101/401 question! Correlation is one tool that you use after you have accumulated enough qualitative data in order to see the actual processes and systems at work.  We wanted to do statistical analysis to provide what we saw was evidence that would pass muster with a certain group of gatekeepers that will not accept anecdotes or qualitative research.

The U.S. did not come out very well on virtually any of the measures that we have. We are squarely in the middle of the pack, especially for violence against women.  I wish they would go to the website and look at the maps.

Also notable in your findings is the correlation between the degree to which a state is weak in its women-protecting law enforcement and the degree to which the same state does not comply with international norms, treaties, and obligations, such as CEDAW (Convention on Elimination of Discrimination Against Women). What does it mean, for example, that the U.S. has not ratified CEDAW?

That’s a very interesting question. We were blown away by the fact that if you compare all the different human rights instruments, like civil, political covenants and treaties, CEDAW has the most signatories of any of those. It was very surprising. However, nations like the United States have never ratified and other nations registered reservations upon reservations in their ratifications. The wonderful thing about the CEDAW systems is that every four years countries are required to report on the status of women. As a result of our not ratifying, that is really not being done here. We’ve had a few one-off reports. Soon we’re going to have a National Action Plan on Women, Peace and Security  and we will be looking at the status of U.S. women.

What have been some of the most interesting applications of your findings to date?

Probably the one that really stands out is when we were asked by the staff of the Senate Foreign Relations Committee to help provide briefing materials as the senators were considering the International Violence Against Women Act. The other one that stands out is to discover, post hoc, that the Supreme Court of British Columbia used our data on polygyny in their landmark decision to uphold Canada’s ban on polygamy.

Is the information in the database, which covers every conceivable aspect of violence, surprising to researchers or difficult to digest?

We train our student coders to upload data into our database and we have to train them very carefully. They talk about the “stages of WomanSTATS.” The first stage is total shock when they start to read about things that they could never possibly imagine. And then they fall into a deep depression. And then they come out of it angry.

What’s the last stage?
At some point, they come out of the other side and say, “I can do what I can do. I can immortalize this information.” And that’s what motivates us. 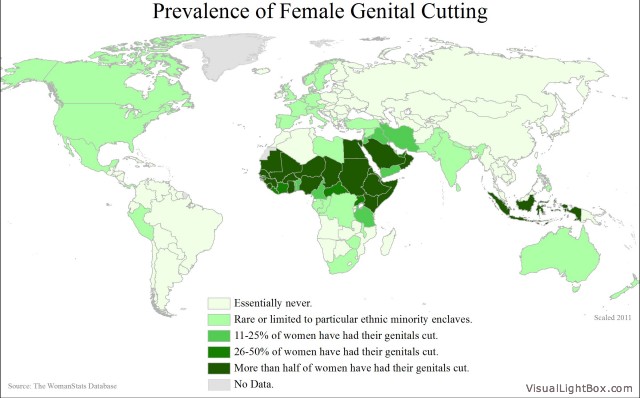 The connections you make, once stated, seem obvious. How is it possible that no one ever considered this? What you did was quite startling in the security and diplomacy communities.  Jumping forward from the moment in which you first had these ideas to the point where you have been able to make tangible recommendations, what has been the response in the foreign policy and security communities?

I have to talk about the incredible role Secretary of State Hillary Rodham Clinton has played in this, as well as the inauguration of UN Women under Michelle Bachelet. At the UN on International Women’s Day, Clinton said, “The subjugation of women is a direct threat to the security of the United States.” No one has ever said anything like that. Her focus on these topics has really has turned the page.

What do you think the effect of her stepping down will be?

Well, we’re all worried about that–that this will have been a passing state in American diplomacy and foreign policy.  I’ve just signed a contract with Columbia University to write a book called The Hillary Doctrine on what effect her having these viewpoints has had on American foreign policy. What I am hoping to do with this book is to suggest that if we treat it like a passing fad we’re really off base and missing a crucial opportunity to steer the ship of state in a more functional direction.

For more talk with Valerie Hudson, listen in on Robin Morgan’s interview with her on Women’s Media Center Live

Screenshot of Sex and World Peace via Amazon.