We Heart: Mckenna Pope for Supporting Boys Who Want to Cook - Ms. Magazine
Skip to content 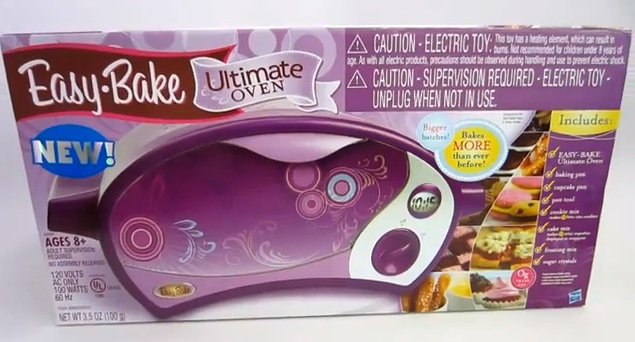 When Mckenna Pope, a New Jersey eighth-grader, found her younger brother “cooking” tortillas on his lamp’s light bulb, she knew exactly what to get him for Christmas: the Easy-Bake Ultimate Oven by Hasbro.

However, when she and her parents looked into purchasing one for the 4-year-old boy, they were troubled by the fact that it is promoted only as a girls’ toy. No boys are featured on the oven’s packaging and promotional materials, and its color palette is made up of gender-stereotyped pinks and purples.

Any boy interested in learning to cook would take one look at the Easy-Bake and receive the message that he probably should not desire one, because home cooking is for girls.

It’s fair to see that this pissed off McKenna–but she put her anger into activism, creating a Change.org petition asking Hasbro to include males in their packaging and promotion and pick some new gender-nonspecific colors. “I want my brother to know that it’s not ‘wrong’ for him to want to be a chef, that it’s okay to go against what society believes to be appropriate,” she writes in her petition introduction. And she urges Hasbro, “Please, help our youth understand that cooking and baking is for everyone, not a specific group of people.”

If McKenna’s petition reaches 25,000 signatures, it will be delivered to Hasbro’s CEO, Media contact, PR department and marketing officials. As of Monday, the petition had reached nearly 18,000 signatures, so she is well on her way. We salute this young feminist for acknowledging and taking steps to correct a prevalent problem in the toy industry!

If you believe that gender-specific toys limit the opportunities for children to imagine and experience anything and everything they can be–and if you want to see boys featured on Hasbro’s Easy-Bake Oven packaging–sign here.

Screenshot of Easy-Bake Ultimate Oven from ThinkFastToys via YouTube.