When astronaut/physicist Sally Ride passed away in 2012, her obituary revealed for the first time publicly that she was a lesbian. In the recently published biography, Sally Ride: America’s First Woman in Space, Lynn Sherr fills out the story of this American hero, who worked tirelessly during her lifetime to encourage girls and boys to stick with their interests in science and to pursue careers in science, technology, engineering and math (STEM) fields. Ride also fiercely guarded her privacy, because she worried that coming out would jeopardize her ability to do good in the world.

Ride’s life partner of 27 years, Tam O’Shaughnessy, cofounded Sally Ride Science. Their goal was to inspire young people, especially girls, to love science and to feel they belonged in the field. Together, O’Shaughnessy and Ride authored six books, including Exploring Our Solar System, Mission Planet Earth: Our World and Its Climate—and How Humans are Changing Them, and Mission: Save the Planet.

O’Shaughnessy, a former professional tennis player and professor of school psychology, was gracious enough to talk to the Ms. Blog about the new biography, about her late partner’s feminism and about why they chose to keep their long relationship private.

Ms. Blog: How did the biography come about?

The day that Sally died—she died Monday, July 23, 2012, at exactly 10:10 a.m.—I had already set up with friends at Sally Ride Science what we were going to do. Four or five days before, I realized that our company needed to be ready. So I wrote an obituary. We already had a biography about Sally and a photo gallery on the company website. So we refreshed all of that, and we were ready to go with our home page announcing that Sally had passed away from pancreatic cancer and who she left behind.

Everybody congregated over here at our house. A couple of hours went by, and then Karen Flammer and Terry McEntee, cofounders of Sally Ride Science, and I wanted to get some fresh air. So we went outside in the backyard and sat under an umbrella on the patio. Pretty soon we noticed that there was a helicopter circling the house. At first it was like, we live near the coast and Miramar Naval Station, so we get helicopters and airplanes and that sort of stuff. But we sort of slowly appreciated that … [t]here was someone looking out the door of the helicopter with one of those very long zoom lenses. And we just went, oh geez, you’ve got to be joking. So we scrambled into the house, shut the gate and a few minutes later the door bell rang. A woman said that she was with some sort of E news thing and she wanted a quote.

So I kind of instantly realized that … I mean, I kind of knew that it was going to be a big story, but it just suddenly dawned on me that because of the gay issue, it could just kind of get out of control. And I also realized that I wanted the right story written. I think it was Thursday that I thought to myself that I wanted to get ahead of this. So I called Esther Newberg, Sally and my longtime literary agent. I talked to Bear, Sally’s sister, and we talked to Sally’s mom, Joyce, and we just thought that we should do a family-approved biography that would be the true story, the right story and not a sensational story. Esther recommended Lynn. Esther said because of NASA, because Lynn was Sally’s friend, covered the space program, knew Sally’s former husband Steve and the five other women that were among the first six [astronauts], it would make the book easier and better if Lynn wrote [it]. So I said fine. And that’s how the biography came about.

Sally’s posthumous coming-out meant a great deal to countless people. Has it been good for you to be able to be open about your relationship?

Yes. Absolutely. It’s kind of weird, though, the way people are, or at least the way that Sally and I were. We thought we had really good reasons for being in the closet. We were very open with our friends, our families knew. We actually had quite a wide circle that we were completely ourselves with. Though we never said, ‘This is my partner,’ or ‘This is my lover.’ But in a way there was no need to. Who says that? We were very open with quite a few people.

We were both professors, so we had academic lectures and parties. And we went everywhere with each other. We did that with our company as well. But we just weren’t open and honest about the relationship. We both just sort of agreed on that, and it didn’t really come up. It was just the way we were, especially when we started our company in 2001. We were really worried that we couldn’t get the corporate sponsors and couldn’t get the partnerships if people knew that two lesbians ran the company. We just thought it would be a major negative, so we decided to be private. We already were private people and led private lives. That’s how we lived and we were very happy.

Once the news broke, there didn’t seem to be much negative backlash.

The world has changed, and it’s really changed rapidly the last two to three years.

Could you talk a bit about Sally’s feminism?

I think it was just organic to who Sally was, the kind of family she grew up in—and also because she was in sports. That made a huge difference. In terms of her family, her mother is a very bright, hardcore feminist. Sally grew up with Joyce Ride, who was reading Ms. magazine as soon as it came out in the 70s and just believed that women could do anything—should do everything—they wanted to do, and so on. Her father was very open minded and progressive in his own way, too.

Sally started playing tennis in the ’60s and loved sports. Both of us were so lucky to grow up in the era in Southern California when tennis was really the big-time sport. All of the issues of women’s sports were emerging when we were teenagers—Billie Jean King and the whole gang of women that created the Women’s Tennis Association and fought for equity. Sally got to see that from a little bit more of a distance than I did. I joined the women’s professional tennis tour during its first full year, so I lived it, but Sally paid close attention and was very interested,. When she was in grad school at Stanford, Billie Jean and her husband Larry had a company right up the road in San Mateo, and they created the first women’s sports magazine, womenSports [later called Women’s Sports, and then Women’s Sports and Fitness]. That whole era of Ms. magazine starting, all that stuff that was going on, and Sally absorbed it. I don’t think she had a subscription to Ms. and she wasn’t outwardly holding up her fist. But in a way what she did was more important. She lived it. She was a physics major when there were only a couple of other women in physics at Stanford, she played sports and loved sports, and she was just herself. I think being a feminist was just natural to who she was.

There are obstacles that girls, and boys and girls of color, face. The stereotypes are more subtle now and the rules are more fair, but there are still deeply embedded challenges that are part of our culture. There have been studies the last couple of years that show that when parents— who are well meaning, they love their kids—have a daughter and a son, if both the daughter and the son make straight As in math, the parents still think their son makes better grades and is better suited for math. There are subtle stereotypes in our society that linger, and they affect how girls think about math and science and engineering. It’s more kosher for a boy to say he wants to be an engineer than a girl.

How has your life changed since Sally passed away? You have become a much more public figure and a role model in your own right.

Since Sally has passed away, I have tried to do everything that I can to help her legacy; to ensure that people know about her—know what a great person she was and know how very accomplished she was in a whole bunch of different areas. I’m proud to have been Sally’s mate for 27 years, and so happy that I knew her for 50 years of my life. 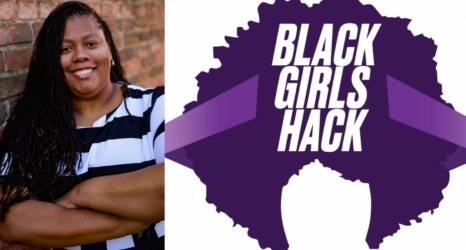 What Happened in Afghanistan Isn’t Staying in Afghanistan
Poet Victoria Chang Is Done Apologizing for Her Ambition
‘Uncultured’: The Intergenerational Trauma of Girls Growing up in Cults