This holiday season, let Ms. gift you with some our favorite feminist quotes of the year!

“I hope that my presence on your screens and in magazines may lead you, young girl, on a similar journey. That you will feel the validation of your external beauty but also get to the deeper business of being beautiful inside. There is no shade in that beauty. ”

— Malala Yousafzai accepting the Nobel Peace Prize in Oslo, Norway. At 17 years old, Yousafzai is the youngest person to ever win the prize.

— Emma Watson during her U.N. speech launching the HeForShe campaign.

“We are in a place now where more and more trans people want to come forward and say ‘This is who I am.’… When people have points of reference that are humanizing, that demystifies difference.”

— Laverne Cox, Orange is the New Black actress and transgender activist, in an interview with TIME magazine.

“I know that I am one person and I can’t change the world but hopefully I can use my pull as an artist to influence my audience and … together we can make some change. We can empower young women like my daughter to learn how to walk through this world boldly.”

— Singer Inez Jasper in an episode of the MTV documentary series “Rebel Music: Native America.” The episode addresses indigenous issues through the eyes of a new generation of Native talent.

“Sexual assault is neither a ‘light’ nor ‘fluffy’ matter, and we cannot treat it as if it were.”

— Emma Sulkowicz, Columbia University student and anti-rape activist, in the Columbia Spectator on October 26. She launched her performance art piece, “Carry That Weight,” after she was raped in her college dorm room and saw no justice.

“I want to be representative of my race—the human race. I have a chance to show how kind we can be, how intelligent and generous we can be … ”

—Maya Angelou  in an interview with George Stromboulopoulos on New Year’s Eve in 2013 (we just had to sneak her in!)

“You know, I thought everything in the world that I wanted to read had been written, and then in my 30s I wanted something else. I wanted to show how painful this constructed horrible racism was on the most vulnerable people in a society—girls, black girls, poor girls—and that it really and truly could hurt you.”

— Toni Morrison during an interview on The Colbert Report in mid-November.

“So many girls out there say, ‘I’m not a feminist’ because they think it means something angry or disgruntled. … It just simply means that you believe that women and men should have equal rights and opportunities.”

“Now discrimination is more subtle. It’s more unconscious. I think unconscious bias is one of the hardest things to get at.”

Abeni Moreno graduated from Cal State Long Beach with a BA in Women Gender Sexuality Studies in 2013. She is a volunteer radio co-host at KPFK, Kbeach and is a Ms. intern. Follow her on Twitter @abenimoreno8. 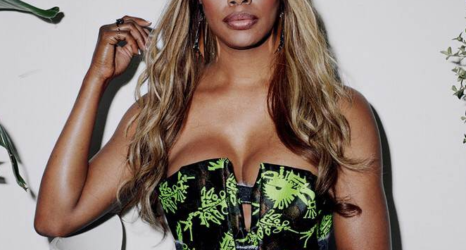 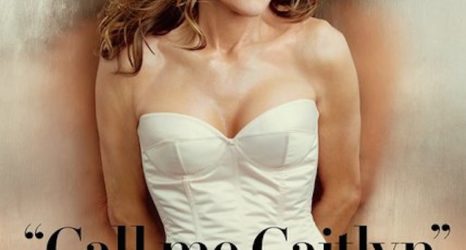