This piece appears in the Winter 2016 issue of Ms. Subscribe today to get a copy and become a member of the Ms. community!

“It started at home, ” Alba Alvarado Sandoval told Ms. about her two-year campaign to bring safer-sex resources to her high school in San Rafael, California.

At 9, she became an aunt when her teenage brother’s girlfriend had a child; as she got older, she saw more and more people in her community face teen pregnancy. “I was tired of watching opportunities get taken away from young men and women. I was tired of watching adults ignore this issue that’s in front of them. I was just tired of being ignored.”

Sandoval spent her last two years of high school fighting the silence around safe sex that was putting her peers at risk. She handed out condoms from her backpack, launched a school club and engaged parents, students, faculty and staff in a fight to bring condoms to campus. When the school board finally gave the green light for the installation of condom machines, the National Coalition of STD Directors and Trojan stepped in to bring 10,000 condoms to her campus. (Recently, the organizations donated an additional 10,000 in tandem with a partnership with the Ms. Blog.)

The first batch of condoms was gone within an hour. But more than providing free condoms, the machines—and the posters about condom use and safe sex hanging behind them—shifted culture and behavior at Sandoval’s school. Conversations about sex among her peers were now based on facts instead of inaccuracies. Obtaining and using condoms, a topic that used to be avoided, became commonplace.

This is the impact of information and access. And for young people, this kind of safer-sex revolution can’t wait. Although Sandoval was working to reduce teen pregnancy in her community, her work was fighting another pressing crisis at the same time: a spike in STI/STDs nationwide.

Following a three-year decrease, chlamydia rates increased 5.9 percent from 2014 to 2015; after a historic low for cases of gonorrhea in 2009, infections in 2015 rose by 12.8 percent. And although in the U.S. people between the ages of 15 and 24 are 27 percent of sexually active individuals, each year they make up half of the 20 million new STI/STD infections.

This sexual health climate is even harder to navigate for women like Sandoval. Women are at a unique biological risk for infection, are less likely to experience symptoms and therefore seek treatment, and face more dangerous consequences for an STI/STD—including cervical cancer, infertility and pregnancy complications. Young women are also seeing a larger increase in some STI/STDs, and for people of color the numbers are even worse.

Increasing condom access and contraceptive awareness is an important starting point for reversing the rise of STI/STDs. Only 7.2 percent of high schools make condoms available to students, and proper use of condoms is only taught at about a third of high schools, according to the 2014 School Health Policies and Practices Study (SHPPS).

But even Sandoval, once known as “a human condom machine,” knows that alone won’t stem the problem. Comprehensive sex ed is essential. The 2014 SHPPS found that close to 70 percent of schools offered no STI/STDs or HIV prevention information either on or off-campus— and that between 2000 and 2014, the number of middle and high schools offering prevention services decreased by over 10 percent.

“I don’t think we can have access without education or education without access,” Sandoval says. “You can’t just have one without the other.”

Far too often, young people have neither. 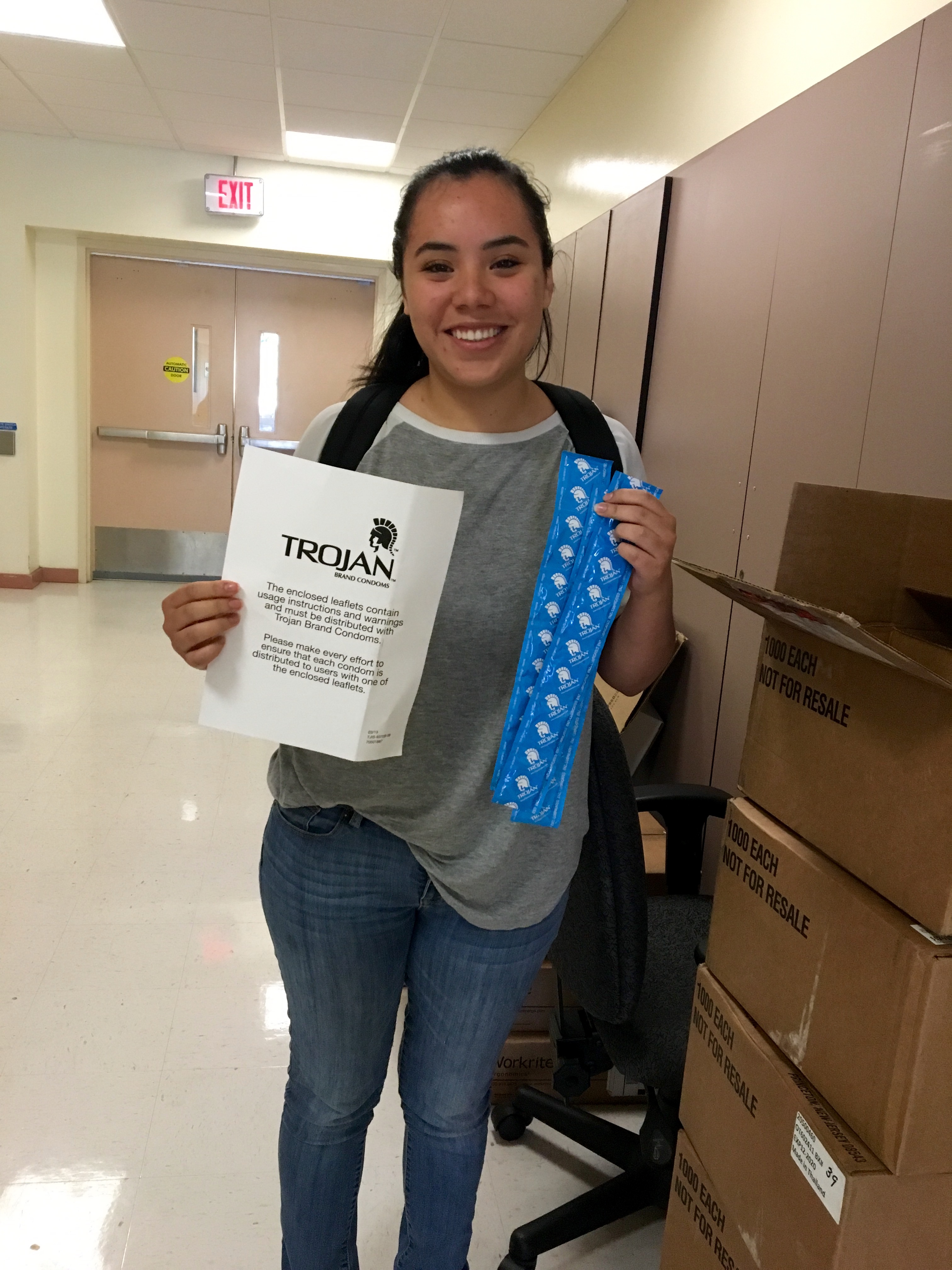