In a leaked 2005 hot mic tape, Donald Trump was recorded openly discussing his bold, predatory advances toward women he found attractive. “When you’re a star they let you do it,” he unabashedly bragged, “grab ‘em by the pussy, you can do anything.”

According to the Rape, Abuse, and Incest National Network, “sexual assault refers to sexual contact or behavior that occurs without explicit consent of the victim,” including, but not limited to, “fondling or unwanted sexual touching.” President Donald Trump’s words were those of an abuser.

So what? It certainly did not stop him from losing the 2016 election, why is it relevant? Well, in the context of Trump’s proposed FY 2018 budget, his “locker room talk” and the slew of sexual harassment and assault allegations against him are pertinent now more than ever.

President Trump’s FY 2018 proposed budget reflects his lack of interest in supporting survivors. It slashes funding for discretionary and formula grants authorized by the Violence Against Women Act (VAWA), with a $2 million cut in respect to the FY 2016 budget.

My hope is that this initial $2 million proposed grant slashing will raise red flags for all invested in the continuation of VAWA programs. This is a slippery slope, my friends. Carelessly cutting funds from programs aiding vulnerable populations has the potential to end catastrophically. VAWA has saved countless lives, and will continue to do so if supported with proper funding.

The Heritage Foundation has advocated against the expansion of federal resources for domestic and sexual violence programs, stating that “using federal agencies and grant programs to fund the routine operations of domestic violence programs that state and local governments themselves could provide is a misuse of federal resources and a distraction from concerns that truly are the province of the federal government.” In short: cut federal funding and put the financial burden on the states.

Unfortunately, this line of thinking is common among a number of other conservative think tanks. While naïve and short-sighted, it is a policy position that has its roots deep within the Trump administration. In fact, Attorney General Jeff Session, then Alabama Senator, voted in opposition to the 2013 reauthorization of VAWA.

With this budget, President Trump has become an Abuser-in-Chief. His budget actively cuts funding for the abused, and his own behavior reinforces a culture of gendered violence. Thus, actively holding him and his administration accountable is vital, especially when dealing with budget cuts that adversely impact already vulnerable individuals.

If the government will not protect at-risk populations, we must. Donate to your local domestic abuse shelter, even volunteer if you find the time. But, most importantly, remain vigilant when identifying and combating injustice.

Olivia Little is a student studying law and public policy at Indiana University. As an on-scene advocate and crisis line volunteer at a local rape crisis center and domestic abuse shelter, Olivia is passionate about combating sexual and domestic violence. She spends her free time playing piano, volunteering at an immigration law office and working with UnKoch My Campus. 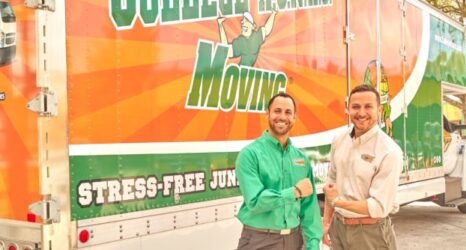 “Madan Sara” Tells the Story of Haitian Women Both Ordinary and Extraordinary
Other Countries Have Safety Nets. The U.S. Has Mothers
The Fab Five: Shattering L.A. County’s Glass Ceiling